One of the clearest influences of Protestant thinking in northern Catholics is their exaggerated attention for the Scriptures. I think it depends from the fact that even when they are cradle Catholics, they grew up in an environment where Protestant relatives and neighbours threw verses at them like grenades, and they must have thought the weapon is a fearful one indeed.

Proddies have been throwing such grenades at each other with remarkable zeal for several centuries now, and I do not think there have been many who thought the hand-picked verses of their opponents were better than those hand-picked by themselves. The procedure is also questionable in itself, then either the quotation is rather long or very often the context is lost, and as no one – not even a bible-verse-shooting Protestant – can put every Biblical quotation in its entire context by heart, the argument loses much in efficacy. The more so, when the citation becomes so short as to be thrown around at one's convenience, like the “do not judge” curiously so well mastered by those clearly worthy of the harshest judgment.

Scriptural quotations do not work, because the Bible does not have the Truth. The Church has.

This endless Bible-quoting also plays in the hands of the Proddies, because it reinforces them in their erroneous opinion that the Bible, not the Church, has the Truth. As a result, they will react to every barrage of biblical verses with another barrage of biblical verses, and the discussion will end absolutely nowhere as, again, abundantly demonstrated by the astonishing proliferation of Protestant sects.

On the contrary, every Protestant should be confronted with a paradigm shift (whether he accepts it is another cup of tea, of course) and be told in no uncertain term the Scriptures can only be the reflection of a Truth existing before them and outside of them. Therefore, the reflection is only correct insofar as it correctly transmits the Truth reflected, failing which the reflection will be in nothing more authentic than the one provided by those deforming mirrors you look at if you want to have a laugh.

I hear, here and there, that Catholics should have a better knowledge of Scriptures. Maybe so; but given the abysmal ignorance of our times, the risk of getting the meaning wrong or even tragically wrong (“do not judge” is my absolute favourite), and the sheer complexity of Catholic teaching I suggest the effort should be directed towards a better knowledge of the teaching itself. If you ask me, for most people and in most circumstances the rediscovery of old Catechisms and the reading of books of Catholic apologetics or theology is far more fruitful than hours spent in reading the Scriptures without adequate instruments for their proper understanding.

Granted, it will sound less impressive than having one or two dozen citations learned by heart and ready for use; but one will know he is right. 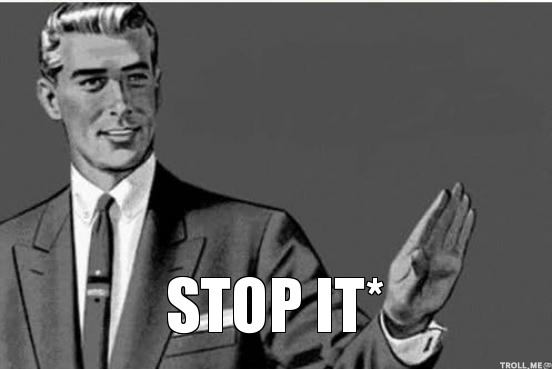 We are now informed Savita Halappanavar’s death was caused by a rare infection and was nothing to do with any kind of “denied abortion”.

This is a strange of piece of information even to get, because if you click elsewhere, like for example at the usual BBC, the fact the whiners were wrong is merely mentioned en passant. You read the article and barely know what is all about, and what the findings might have been.

Not better is, predictably, the Huffington Post. We knew already that systemic failures were in place, and it is obvious there would be recommendations. Strangely, the evidence that the fact she was “refused” to get an abortion (I think it’s because it would have been murder in the circumstances; but these are too fine details for the HuffPo) did not play any role in her death is not, how should I say it, adequately conveyed.

I truly hope that all pro-abortion fans now do the one thing that must be done, and shut up.

Just as an aside, I want to say that where I come from, a husband saying “my wife should not have been denied an abortion” would have been looked at as a strange mixture between a freak show and a criminal not later than one generation ago, and many would do it even today. You see, there was a time where elementary concepts like the protection of an unborn baby – as opposed to murdering him at the first sign of complication in the pregnancy because hey, this might be good for the mother – were so universally understood that even BBC journalists got them.

I understand Mr Halappanavar is an Indian citizen. I trust he will now leave Ireland and go back to India. A Christian country is clearly too much for him.

You would think that the Jesuits had some sense of shame. Perhaps, a few have. The impression is, however, that most of them don’t. I can’t explain otherwise how a group old sixty-eighters (several of them, no doubt, homosexuals; some of them, very probably, sodomites) continue to march towards extinction as if this were a valuable end, and one worthy of pursuing.

Take this article from a magazine called – with unwanted humour – National Catholic Weekly. The author of this article wants you to absolutely know that if he is not an homosexual himself, he would so much like to be one.

Let us examine the forma mentis of our man from his way of writing:

1) He receives a letter from a reader. The reader points out to Pedro Arrupe, the former Superior General of the Jesuits, he who got the boot in 1981. (” a move that…