← Why The Abdication Was Wise
Radio Vaticana And The Pope → 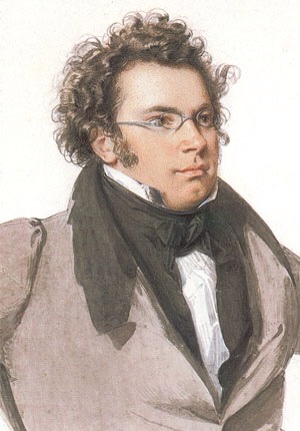 There are some interesting reflections on the stunningly beautiful Ars Orandi blog concerning the “reform of the reform”. In short, an outside blogger – fairly conservative liturgically, if very much V II – offered the suggestion a better Novus Ordo Mass is a very useful, possibly indispensable step towards the recovery of liturgical tradition, as the uneducated masses spoiled by the modern antics would not be able to properly “get” – and accept – the Traditional Mass without an intermediate and, so to speak, introductory step.

The blog author answered with the reflections that the “reform of the reform” has remained a limited phenomenon, proving itself unable to truly reform the liturgical life of the Church; that the parishes that have a conservative NO tend not to have a TLM; and that the slow but constant advance of the Traditionalist troops is fuelled by the latter, not the former.

As far as my anecdotal experience in concerned, I can only agree with the Ars Orandi blog: those who attend a reverent NO aren't, because of this, drawn to the Tridentine. Being educated to avoid the worst is not in itself an encouragement to yearn for the best.

I would make out of this a more general argument, as it was never my experience that encouraging people to do the wrong things properly will, ipso facto, motivate them to do the right things. Put in a slightly different way, a fan of Lady Gaga will not be introduced to Schubert by listening to Simon & Garfunkel. He or she will be introduced to Schubert by listening to… Schubert.

Consequently, I do not see any viable alternative in order to introduce the liturgically uneducated masses to the right stuff than introducing them to the right stuff. It might not be easy at the start, but this isn't bad at all, because it requires from the faithful that they make the choice to do things properly first. It is, in fact, a typical mistake of our times that everything should be made effortless or at least very easy. People must be told that there are choices to make. The idea that people need to be introduced by degree to everything because they are too lazy or too stupid to take responsibility for themselves is what gave us the horrible children's masses, and we have seen the results both on the children and on the understanding of liturgy.

People generally aren't stupid, and those who truly are can probably not be helped anyway, nor can idiocy be the inspiring liturgical criterion. The Faithful must be given the choice, and be plainly told the one is the Mass of the Sixty-Eighters and the other is the Mass of all generations before. Those who are able to think properly will be able to choose properly, and in time they will move other people to make the right choice; more and more so in fact, as the old Sixty-Eighters unavoidably start to fill the graves (or in their case, rather the urns).

Of course, ideally the Pope would announce a stepped but definitive return to the Traditional Mass and the abandonment of the Novus Ordo. God knows the present Pontiff is far from ideal – liturgically as well as in many other issues – so this is not going to happen either under Francis or – given the present Cardinals and those Pope Bergoglio will appoint – under his successor. Therefore, the best thing to do is to build on the limited strength that is there, insist on a vocal defence of Summorum Pontificum, and use the leverage we have to promote the best Mass we have.

The Traditional Latin Mass is the best. Jesus deserves the best. Let us not promote half ways as if they were an introduction to the best, I at least have lost hope things will work that way.

We don't need half ways. We need the right stuff.