← The Shepherds And The Sheep
Ashamed Of Being A Church →

Wisdom For The Ages (Particularly This One). 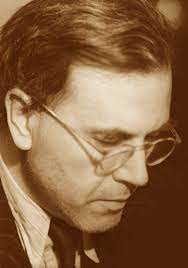 “One of the most horrifying and widespread diseases in the Church today is the lethargy of the guardians of the Faith of the Church. I am not thinking here of those bishops who are members of the “fifth column,” who wish to destroy the Church from within, or to transform it into something com­pletely different. I am thinking of the far more numerous bishops who have no such intentions, but who make no use whatever of their authority when it comes to intervening against heretical theologians or priests, or against blasphemous performances of public worship. They either close their eyes and try, ostrich-style, to ignore the grievous abuses as well as appeals to their duty to intervene, or they fear to be attacked by the press or the mass media and defamed as reactionary, narrow-minded, or medieval. They fear men more than God. The words of St. John Bosco apply to them: “The power of evil men lives on the cowardice of the good.”

← The Shepherds And The Sheep
Ashamed Of Being A Church →
Loading Comments...