And it came to pass that yours truly went to confession, and after some very wise words of consolation and counsel from the other side of the grate I was asked to recite the Act of Contrition. After I finished the good man asked, for obvious reasons: “Italian”?

I answered this was the case, and Father extracted from his pocket a booklet where he had written the formula of absolution in several languages. I did not consider it fitting to ask if he had any Latin version, so Italian it was; and a more than passable pronunciation, too.

In the end, he even asked me – in Italian – to pray for him; something I always like, because it shows your Novus Ordo confessor believes in God, which nowadays isn't automatic at all.

This I happily did. May I kindly ask you to do the same.

Comments Off on A Nice Confessor

From the open letter of Father Pavone to Nancy “abortion is sacred ground” Pelosi.

If you follow the link, you will find a way to send Pelosi’s office your approval of Father Pavone’s letter.

Last Thursday, June 13, you were asked a question in a press briefing that you declined to answer. The question was, “What is the moral difference between what Dr. Gosnell did to a baby born alive at 23 weeks and aborting her moments before birth?”

Given the fact that the Gosnell case has been national news for months now, and that Congress, where you serve as House Democratic Leader, was about to have a vote on banning abortion after 20 weeks fetal age, this was a legitimate question.

Instead of even attempting to answer the question, you resorted to judgmental ad hominem attacks on the reporter who asked it, saying, “You obviously have an agenda. You’re not interested in having an answer.”

Mrs. Pelosi, the problem is that you’re not interested in giving an answer.

Your refusal to answer this question is consistent with your failure to provide an answer to a similar question from me and the members of my Priests for Life staff. Several years ago, we visited your office with the diagrams of dismemberment abortion at 23 weeks, and asked the simple question, “When you say the word ‘abortion,’ is this what you mean?” In response, nothing but silence has emanated from your office.

In what way is this refusal to address an issue of such national importance consistent with the leadership role you are supposed to be exercising? Public servants are supposed to be able to tell the difference between serving the public and killing the public. Apparently, you can’t. Otherwise, you would have been able to explain the difference between a legal medical procedure that kills a baby inside the womb and an act of murder — for which Dr. Gosnell is now serving life sentences — for killing the same baby outside the womb.

Moreover, you stated at the press briefing on June 13, “As a practicing and respectful Catholic, this is sacred ground to me when we talk about this. I don’t think it should have anything to do with politics.”

With this statement, you make a mockery of the Catholic faith and of the tens of millions of Americans who consider themselves “practicing and respectful Catholics” and who find the killing of children — whether inside or outside the womb — reprehensible.

Whatever Catholic faith you claim to respect and practice, it is not the faith that the Catholic Church teaches. And I speak for countless Catholics when I say that it’s time for you to stop speaking as if it were.

Abortion is not sacred ground; it is sacrilegious ground. To imagine God giving the slightest approval to an act that dismembers a child he created is offensive to both faith and reason.

And to say that a question about the difference between a legal medical procedure and murder should not “have anything to do with politics” reveals a profound failure to understand your own political responsibilities, which start with the duty to secure the God-given right to life of every citizen.

Mrs. Pelosi, for decades you have gotten away with betraying and misrepresenting the Catholic faith as well as the responsibilities of public office. We have had enough of it. Either exercise your duties as a public servant and a Catholic, or have the honesty to formally renounce them.

The Oath Against Modernism. 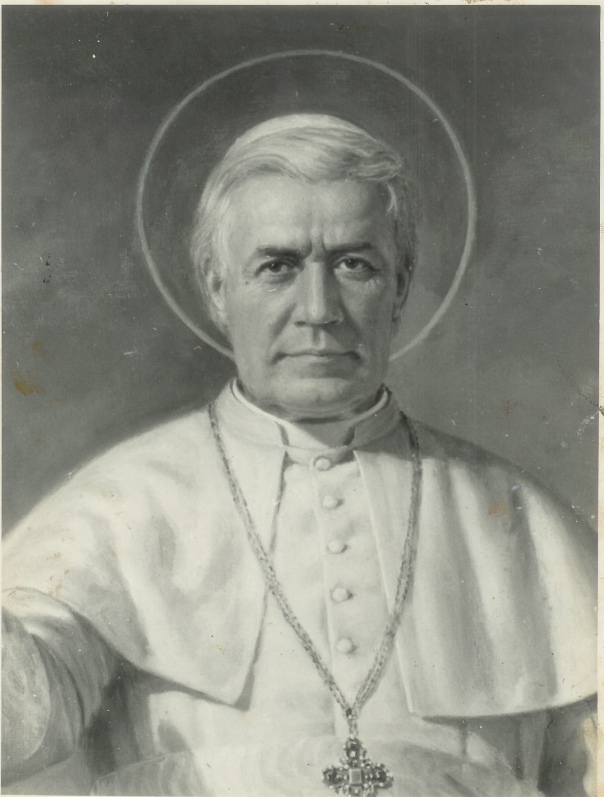 To be sworn to by all clergy, pastors, confessors, preachers, religious superiors, and professors in philosophical-theological seminaries.

I . . . . firmly embrace and accept each and every definition that has been set forth and declared by the unerring teaching authority of the Church, especially those principal truths which are directly opposed to the errors of this day. And first of all, I profess that God, the origin and end of all things, can be known with certainty by the natural light of reason from the created world (see Rom. 1:90), that is, from the visible works of creation, as a cause from its effects, and that, therefore, his existence can also be demonstrated: Secondly, I accept and acknowledge the external proofs of revelation, that is, divine acts and especially miracles and prophecies as the surest signs of the divine origin of the Christian religion and I hold that these same proofs are well adapted to the understanding of all eras and all men, even of this time. Thirdly, I believe with equally firm faith that the Church, the guardian and teacher of the revealed word, was personally instituted by the real and historical Christ when he lived among us, and that the Church was built upon Peter, the prince of the apostolic hierarchy, and his successors for the duration of time. Fourthly, I sincerely hold that the doctrine of faith was handed down to us from the apostles through the orthodox Fathers in exactly the same meaning and always in the same purport. Therefore, I entirely reject the heretical’ misrepresentation that dogmas evolve and change from one meaning to another different from the one which the Church held previously. I also condemn every error according to which, in place of the divine deposit which has been given to the spouse of Christ to be carefully guarded by her, there is put a philosophical figment or product of a human conscience that has gradually been developed by human effort and will continue to develop indefinitely. Fifthly, I hold with certainty and sincerely confess that faith is not a blind sentiment of religion welling up from the depths of the subconscious under the impulse of the heart and the motion of a will trained to morality; but faith is a genuine assent of the intellect to truth received by hearing from an external source. By this assent, because of the authority of the supremely truthful God, we believe to be true that which has been revealed and attested to by a personal God, our creator and lord.

Furthermore, with due reverence, I submit and adhere with my whole heart to the condemnations, declarations, and all the prescripts contained in the encyclical Pascendi and in the decree Lamentabili, especially those concerning what is known as the history of dogmas. I also reject the error of those who say that the faith held by the Church can contradict history, and that Catholic dogmas, in the sense in which they are now understood, are irreconcilable with a more realistic view of the origins of the Christian religion. I also condemn and reject the opinion of those who say that a well-educated Christian assumes a dual personality-that of a believer and at the same time of a historian, as if it were permissible for a historian to hold things that contradict the faith of the believer, or to establish premises which, provided there be no direct denial of dogmas, would lead to the conclusion that dogmas are either false or doubtful. Likewise, I reject that method of judging and interpreting Sacred Scripture which, departing from the tradition of the Church, the analogy of faith, and the norms of the Apostolic See, embraces the misrepresentations of the rationalists and with no prudence or restraint adopts textual criticism as the one and supreme norm. Furthermore, I reject the opinion of those who hold that a professor lecturing or writing on a historico-theological subject should first put aside any preconceived opinion about the supernatural origin of Catholic tradition or about the divine promise of help to preserve all revealed truth forever; and that they should then interpret the writings of each of the Fathers solely by scientific principles, excluding all sacred authority, and with the same liberty of judgment that is common in the investigation of all ordinary historical documents.

Finally, I declare that I am completely opposed to the error of the modernists who hold that there is nothing divine in sacred tradition; or what is far worse, say that there is, but in a pantheistic sense, with the result that there would remain nothing but this plain simple fact-one to be put on a par with the ordinary facts of history-the fact, namely, that a group of men by their own labor, skill, and talent have continued through subsequent ages a school begun by Christ and his apostles. I firmly hold, then, and shall hold to my dying breath the belief of the Fathers in the charism of truth, which certainly is, was, and always will be in the succession of the episcopacy from the apostles. The purpose of this is, then, not that dogma may be tailored according to what seems better and more suited to the culture of each age; rather, that the absolute and immutable truth preached by the apostles from the beginning may never be believed to be different, may never be understood in any other way.

I promise that I shall keep all these articles faithfully, entirely, and sincerely, and guard them inviolate, in no way deviating from them in teaching or in any way in word or in writing. Thus I promise, this I swear, so help me God. . .

Summer Is The Perfect Time To Dump Starbucks 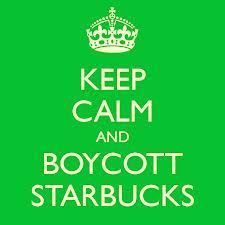 The first weekend of summer has arrived, though from my window I can’t see much of it.

Summer, who has inspired countless poets and filled so many hearts with joy and optimism.

“Shall I compare thee to a summer’s day?” the Bard asked some unknown beauty.

We do not know whether the beauty in question liked the comparison, though we are informed she was more lovely and more temperate, and her eternal summer would not fade.

What we know, though, is that the summertime is the perfect time to dump Starbucks, and to give your money to enterprises that do not glorify sexual perversion instead.