← Leftist Magazine Spot On On The Curia
One, Two, Three, Four, And Five Million Pageviews → 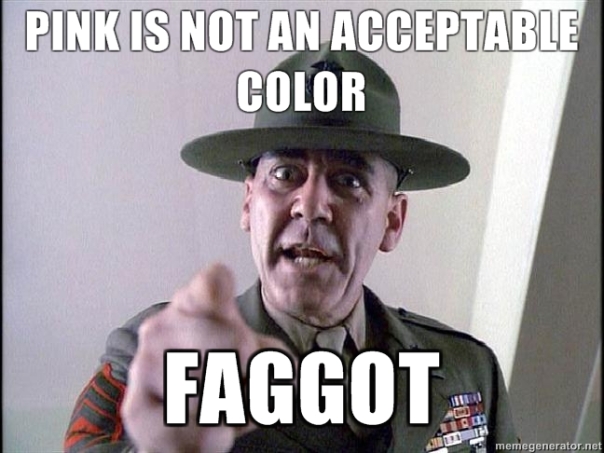 Well, I am just informed through the excellent Veneremur Cernui blog that, hear hear, over half of all sexual assaults in military are of a homosexual nature

That’s some busy faggot, I daresay.

Faggots now “working” in what is supposed to be the most powerful army on earth, and is rapidly emasculating itself in a way that would remind one of the Roman Empire, if the latter had ever tolerated fags among their soldiers.

Have some fun with the figures in the article (brutal number reality, not sociological analysis) and reflect on the effect the “gayness” (English: faggotry) now paving its dirty way in the US Military will have in five or ten years. Manly men will be more and more unmotivated to choose the profession, as the bitches slowly take over the shop. The homosexual culture will advance without pause, until they have “sensitivity courses” for soldiers.

Oops, I think they have…

This is going to be very bad, and very “gay”. Like the so-called Anglican priests, but without the collar.

Allow me to quote the author of the blog post.

← Leftist Magazine Spot On On The Curia
One, Two, Three, Four, And Five Million Pageviews →
%d bloggers like this: