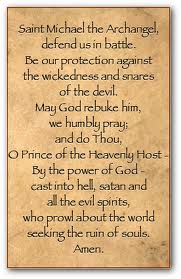 The Church of Vatican II expunged the Prayer to St. Michael the Archangel from the Mass.

This was part of a vast program of bombardment of sound Catholicism, which created immense problems in just a few years.

A few decades followed, and we saw almost everything bad under the sun punctually happening: from the dearth of priests to the sodomite priest scandal, to the slow death of Christianity even in traditionally Catholic countries, to various scandals in the Vatican itself, including the “Gay Mafia”.

Today, the same Church of Vatican II thinks St. Michael the Archangel might come handy to fight the corruption.

They do not seem to remember this is the same St. Michael whose prayer they have – together with the other Leonine Prayers – eliminated from the Mass; they do not link their disappearance from the Mass with the problems that followed; nor do they appear to think about reintroducing them.

No, they put a statue in the Vatican Gardens and consecrate the Vatican to him; which must certainly have the same effect, eh? uh? no?

News from the New Liturgical Movement.

A good soul converts the papal encyclical (available in the public domain) into a .pdf and many other formats to make it more widely available. Gratis et amore dei, of course.

Then he posts it on his website, earning the thanks of his readers. The site is clearly non commercial.

Do you know what happens next? Both the Vatican and the USCCB ask that he takes it down.

That’s the “New Evangelisation” for you, then.

I wonder whether I was allowed to publish all those photos of Pope Francis?

As the Italians say, the mother of the idiot is always pregnant.

No, Sir. You can’t have the infallibility of canonisations removed…

One reads around (not on this blog, happily) the comments about the impending canonisations, and can’t avoid being shocked.

I am sure there are out there people who criticise the mad nuns for being against male priesthood, but think they have the right to question who is in heaven.

I struggle, therefore, to understand those who keep mentioning the Koran kissed by the late Pope John Paul II, or the atrocious liturgical abuses, or the inaction in front of the priest scandals, or the selective blindness – in good faith, of course – towards people he trusted like Maciel, as if these were in any way evidence this canonisation is “wrong”. A Sedevacantist might think so and still call himself coherent, but everyone else cannot think so and not call himself a Sedevacantist.

Therefore, the question is not that Pope JP II could not have gone to heaven after kissing the Koran, & Co., but that he most certainly managed to get to Heaven after doing it. Obviously, and if Catholicism is to have sense at all, he will have repented. But to rebel to infallible teaching just because we don’t like the consequences is just what a mad nun would do.

We know JP II did manage to get to heaven, because the Church says so.

Don’t be a reverse cafeteria Catholic.

“Lumen Fidei” Leaves The Reader In The Dark 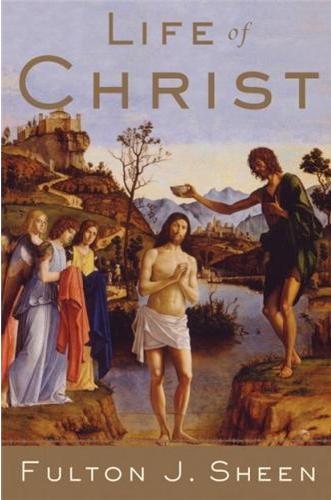 Interested in faith? I suggest you read this instead..

Unfortunately, the cognac and chocolate  did not provide for the entire reading of the encyclical, because the work is rather long. Still, I finished the reading after my breakfast this morning, and I must say I am underwhelmed.

First of all let me say Pope Francis is clearly not the author of the greatest part of this, the general quality of the exposition being brutally above the Pontiff’s paygrade as abundantly seen in three months of off-the-cuff waffling. One has the impression he is reading one of the many books published by the Pontiff Emeritus, as the style is very recognisable: full of quotations and interesting comparisons, perspectives, and historical references, it makes for a robust and enjoyable reading. There are here and there sudden falls in the lofty style, with the insertion within a brilliant exposition of  examples or reflections or digressions of striking banality, and which I suspect constitute the vast part of Francis’ additions (we’ll never know about the possible subtractions). Several times, I had the impression of an aeroplane suddenly losing altitude and, after four or five periods, recovering it again. Whilst this is not extreme, it is noticeable, and I think many of the readers who have gone through the work will share my view. An example is in paragraph 57:

Let us refuse to be robbed of hope, or to allow our hope to be dimmed by facile answers and solutions which block our progress, “fragmenting” time and changing it into space. Time is always much greater than space. Space hardens processes, whereas time propels towards the future and encourages us to go forward in hope.

When I read this, I instinctively looked for the “no?” at the end… The next encyclical will have a lot of this “wannabe deep” tofu nonsense, I am afraid.

As to the content of the encyclical itself, no doubt many who are more learned and versed than I am will make their opinion known in due time, and I myself might get further insight from re-reading. Still, where the problem with this encyclical lies is, in my eyes, that it does the following:

1. It does not go to the very core of the matter.

2. It preaches to the choir.

3. It is descriptive and suggesting, rather than assertive and demanding.

As to 1, it is as if the encyclical would fly around faith examining it in all his historical, psychological, and even sensorial aspects, without insisting on the only concept worth insisting about, and without the insistence on which the entire exercise appears certainly interesting reading, but ultimately futile: that faith is, together with works, necessary for salvation.  There’s no going around this and every discussion about faith that does not forcefully smash this point in the face of the reader has, if you ask me, missed the mark.  In pure V II style, this encyclicals dissects faith in its various aspects, but doesn’t tell you loud and clear why it is so important. It is like a doctor talking about the human heart for 88 pages of the .pdf file and not telling you in a very clear way that when one’s heart stops beating, one dies. Perhaps, looking with the lantern one could find some veiled warning. Perhaps. If I had been an atheist, or a man of troubled faith, or one of the obviously extolled agnostic “seekers”, I would most surely  have emerged from the reading without any impression that I have been warned. Then one wonders what use not 88, but even 888 .pdf pages on faith would have been.

On the contrary, the usual waffle sneaks in. Just to mention an example, the part entitled “faith and the search for God” opens with the words

“The light of faith in Jesus also illumines the path of all those who seek God, and makes a specifically Christian contribution to dialogue with the followers of the different religions”.

Read this and tell me whether faith is not reduced to a tool for “dialogue” rather than an indispensable tool for salvation. It is here as if “dialogue with the followers of different religions” were the aim, and “the light of faith in Jesus” the tool with which Catholics pursue this aim.There are other points that are almost as worrying, but this is the one that strikes me most.

Or think of this, further in the same paragraph:

“Because faith is a way, it also has to do with the lives of those men and women who, though not believers, nonetheless desire to believe and continue to seek. To the extent that they are sincerely open to love and set out with whatever light they can find, they are already, even without knowing it, on the path leading to faith”.

Faith has to do with those who don’t have faith. If they are “open to love” (something not only the usual man “with the heart in the right place”, but every child-raping, dog-foxtrotting, sodomitical man will say of himself without any hesitation) they are “already on the path”, and the suggestion that at the end of the path is, automatically, salvation remains unspoken, but is hinted at very strongly; strongly enough to lead everyone who wants to read it this way to feel satisfied.

As to 2, I have started reading this encyclical thinking this would be a work fitting for evangelisation. Whilst I do understand this is not the primary aim of an encyclical letter, both the object and the natural curiosity linked to this being the first encyclical signed by Francis should have, in my eyes, moved the authors to make of this a more openly catechetical work. Unfortunately, though, there is no mention of , say, the frequent categorisation of faith as logical faith, rational faith, and mystical faith. There is no explanation of why the first two must be compelling to us if we do our homework. There is no taking the unfaithful by the hand and saying “you think you’re smart, right? You think you’re logical, right? Well let us see how you react to this …

For example, the encyclical explains why Abraham believed in God, but doesn’t explain why an atheist should believe that God truly spoke to Abraham. Faith is analysed from the point of view of faith or if you prefer, it is an encyclical on faith in which the faith of the reader is taken for granted. Again, this is perfectly legitimate, but I think it is also a lost occasion.

As to 3, this is once again a reflex of the reigning V II mentality. This is a work on faith in which Hell – through refusal to have faith – is not mentioned once in 88 .pdf pages; in which marriage is suggested as being good, without a word against the abominations some people would call marriage; in which baptism is extolled as being oh so fine, without saying that without baptism (of water, blood or desire) there is no salvation. The encyclical suggest to the reader that the Church and her sacraments are mighty fine things, but doesn’t say one strong – and by strong I mean unmistakably clear to one who disagrees – word about what happens to those who remain outside of her, are not baptised, refuse Christ, refuse the Church, but “do good” as, hey, everyone does.

As always with V II documents, one has the strange impression if one were to re-read everything three times he might find, with much exertion, something which, if twisted in a certain way, might, arguably, be read in the desired way.  But the message doesn’t come out of the work, full stop.

In the end, I do not regret the time spent reading this letter. It is very Ratzingerian in its complex, “meaty” exposition, elegant in the presentation, and intellectually instructive in its content. Still – and we will never know whether this is the result of Francis’ “adjustments” or in the original blueprint – it does not get to the heart of the matter. It is an encyclical about faith that does not give a person without faith any serious reason to start looking at it, and does not present faith in a way that would challenge him intellectually and logically (as for example St Thomas Aquinas, the prince of those faithful “writing for atheists”, actually even “thinking like an atheists”, does so well).

Summa summarum, whether this was the original Benedict’s plan or the result of Francis’ rework, this encyclical is very much a piece of the V II church: an advertisement for those who already like the product, and overly concerned with not offending or “provoking” those who don’t.