I have thought long and hard about this, and now a decision is made. In this blog, Francis will exclusively referred to as the bishop of Rome, unless and until he starts to consistently refer to himself as the Pope.

I am sick and tired of this continued parade of fake humility, that reveals a self-centredness worthy of Obama, and an obsession with the way he is perceived that completely neglects the kingly role he is called to fulfil.

Bishop Francis of Rome it is, then. “Pope Francis” will only be used as tag, so that it is easier to find the blog posts. In titles and text, it will be exclusively “bishop of Rome” or bishop Francis. If you think this is irreverent, then reflect how reverent the bishop is himself.

Some of us still love the Papacy, and this is getting tired.

The Internet initiative and site “charity giving” has just been suspended by the Charity Commission.

Apparently, no accounts have been filed for three years (probably whilst the Charity Commission was fast asleep) and now no less than £250,000 might have been used by the organisation to feed … itself rather than those charities the money was meant to be given to, giving to the expression “charity begins at home” a novel meaning.

Yours truly observes these events and notices how the progressive, in the Anglo-Saxon country very advanced process of de-Christianisation has caused money traditionally given to religious organisations to be channelled to fully secular outfits instead. In fact, chariteeee giving being the substitute of religion for so many, this is not surprising. Even Atheists need to feel good about themselves. They generally need to shout it, too.

So, what was once done pretty efficiently and without clamour – then the left hand must not know what the right hand does – is now done in an extremely wasteful way – expenses ratios of 30, 40 or more percent aren't a rarity – whilst every nincompoop feels the need to shout to the world how good he or she or it is. “Help my chariteeeee” must be, surely, the most pronounced phrase after “good morning”.

Atheism begets selfishness, which in turn begets stupidity. Giving money to a church is just old-fashioned. Better give it to people you don't know and have never heard of.

The Culprits Among Us 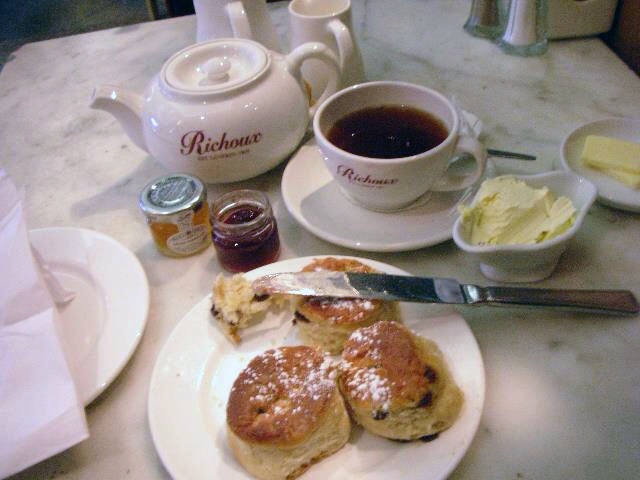 The recent news – largely expected, but shocking nevertheless – that perversion will soon be called “marriage” in a country obviously longing for damnation is occasion of some reflection as to how we could come to this.

However I turn it, it seems to me the usual suspects are not the most important players in Satan's chess game. Besides being rather obvious that perverts in the hands of the devil make his and their work, it must be noted that these are very probably less than 1% of the population. They alone would have never been more decisive than my cat in bringing about this abomination.

No, the culprits are among us, and in order to find them you only need to look around you on the bus, in the train, or at the farmers' market.

The nice old woman who always thought it beneath her to be hostile to “gays”; the teacher who has been blabbering about “tolerance” without having a clue of what tolerance really is; the law-abiding citizen who pays his taxes and cares more about the state of his garden than of his soul; the growing army of emasculated manginas, raised by frustrated single mothers desperately looking for you-know-what, but teaching their sons to eschew anything remotely resembling virility, and their daughters to hate the female role; the army of deluded people thinking they are “conservative” because they read the “Daily Telegraph”, but are unable to even notice what a den of faggotry that rag has become; in short, polite Little England with the tea and the scones, the tennis and the cricket: I blame them first and foremost for this, because if they had wanted to see – metaphorically speaking – the blood of Cameron and Miller on the pavement, the little whores of XXI-century British politics would have never thought of even starting this.

If this country has some balls left, Cameron and Miller will be (politically) massacred in the next very few years. Highly improbable, though, because if this had been the case the Camerons and Millers of the world would have noticed it, and would have refrained from jumping into the abyss for the sake of a couple of perverts.

In this life, Cameron and Miller will probably get away with this whilst Little England goes merrily on with its afternoon teas; but make no mistake, bar an always welcome repentance their punishment will be horrible in the life to come. Also, be under no illusion that millions of souls in this once great Contry are now at risk, and will discover in the next decades – as the big drip works its magic – what fools they have been. An entire country takes leave from basic Christianity, and very few seem to notice, let alone care.

The “coalition for marriage” informs that the abominable law concerning so-called “same-sex” marriage has passed the last significant hurdle and will now most certainly complete its procedural run in the Lords before coming back to the Commons, where approval is as likely as the amen in the church.

As a good priest at the Brompton Oratory noticed, we have gone from joke to law in around ten years.

This news has gone unnoticed in a country whose main concern at the moment seem to be the Ashes, and that has managed to officially reintroduce heathenism as state religion without noticing, or caring.

Of course I blame the politicians like David Cameron and Maria Miller, prostituting themselves and damning their souls for the sake of short-term political advantage. But in a democracy, prostitution is nothing more than the politicians sucking up to the electorate, and neither Cameron nor Miller would have any interest in damning themselves unless an entire country were ready to at least tolerate it.

Sink, Britannia. Sink in a sea of perversion and indifference. You have willed this, and deserve the consequences.