Surprisingly, there is no trace on the Catholic blogosphere of the event that has surprised and – as it is always said, though in this case with less reason – shocked Britain on Saturday afternoon: the death of Amy Winehouse.

This is surprising because it is in my eyes not entirely consequential to condemn the perfectly a-religious (in the best of cases), booze-and-drugs lifestyle more or less directly propagated by too much of the modern pop culture, and not stop to reflect – and to admonish – when this culture actually leads to such a death.

Besides being an undoubted talent, a beautiful singing voice and a remarkably free-thinking artist in many respects, Amy Winehouse was in my eyes remarkable in another respect: a rather total lack of orientation in life. She was not one of those focused people who steel their determination in long years of obscurity until success…

Comments Off on Amy And Mary

Catholic Church On Her Way To “Hate Group”

As you might have read already, an online petition is asking the White House to designate the Catholic Church as a “hate group” for the Church’s views on marriage (and , actually, on sexual perversion in general, though this isn’t said).

The petition has very few signature and is obviously being criticised already, but make no mistake: this is what the future has in store for us.

I can’t say the Church hierarchy hasn’t deserved this: decades of wishy-washy thinking and weasel words on oh how the Church oh loves homosexuals has to lead to church persecution one day.

If the Church had condemned homosexuality as a lurid perversion, and sodomy as an abomination comparable to child rape in the last five decades as she did in the past almost 2000 years, we wouldn’t be in this position now. We are, because the desire not to be seen as… “haters”…

Comments Off on Catholic Church On Her Way To “Hate Group”

The Feast Of The Assumption Is A Day Of Obligation 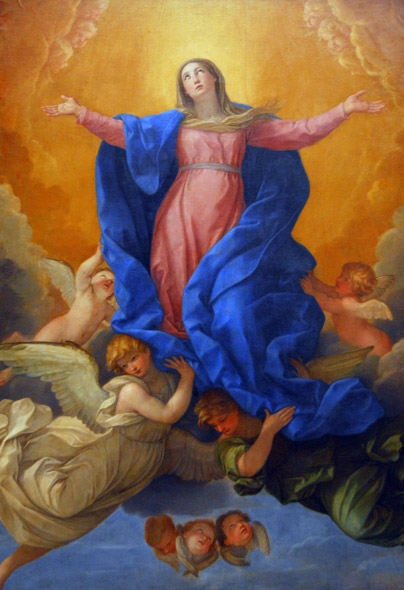 Just in case your local trendy priest has not informed you of the fact, here in the United Kingdom (and, I am sure, pretty everywhere else) the feast of the Assumption is a day of obligation, in the sense that the obligation is not moved to the following Sunday, (in which case is no obligation anymore: every Sunday is obligation) but must be fulfilled on the day.

It might be good to plan in advance, and if possible have a plan B if the train fails one.

Again, in normal times there would be no need for this post.

We do not live in normal times.