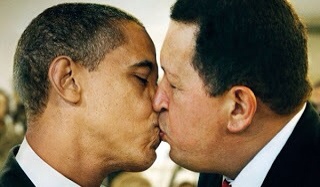 And it came to pass President Obama Bin Laden tried to put pressure on the Egyptian rulers by cutting part of the (substantial) aid the Country receives, and found himself with the face against a solid wall of opposition not only from Israel, but from countries like the UAE and Saudi Arabia, who cannot see with favour incendiary fanatics staying in power in such a key country like Egypt and thereby destabilising the entire region.

It seems like the local governments understand very well where the danger lies; whilst Obama, half a planet away, is more concerned with looking good with his rather cretinous “hope and change” electorate than with promoting stability in the region.

That Obama doesn't care two straws for persecuted Christians was already known; he is, in fact, a cultural Muslim without the faith, forced to frequent a nominally Christian church merely because of his political ambitions. What is interesting, is that in many Middle Eastern Countries the US will now be seen as the enemy of stability, and the helper of Islamist fanatics.

But will the Gay President, at least, succeed? We do not know, but the signs aren't good. I read around that several countries (mainly, I assume, oil rich ones) will step in to integrate the aid loss now announced. This will make the countries that have stepped in double angry, and the Obama administration will have to think twice before they go on with the aid Spiel. In the end, someone will probably tell him that “hope and change” games won't go far in the Middle East, and the open hostility of traditionally allied countries is far more probable. What a sorry mess this marketing – driven foreign policy has put the old US of A in…

You manage to surprise us again and again.