“El Poncho” And The Others 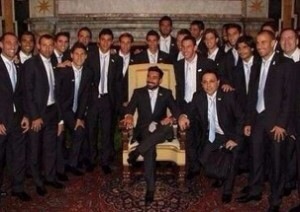 That Ezequiel “El Poncho” Lavezzi did not enjoy the privilege of proper breeding is not the reason for this blog post. His effrontery in sitting on the papal (or I should say “episcopal”) throne, having himself photographed, and even posting the picture on social media sites is not new. I read about the fact, and saw the photo, at the time, but life's too short and I chose to write about other issues.

What I would like to stress today is not the boorish and disrespectful behaviour of the above mentioned “Poncho”, but the astonishing reaction of many either around him, or reading the news, and what the episode tells us about the man occupying – ahem, almost exclusively – the throne.

The Vatican has guards, I am told. People whose job is, erm, to guard something. I am sure they know how to do their job. That they failed to prevent such antics can only be attributed to their persuasion that they would have been rebuked by Francis if they had enforced proper conduct. It is not unreasonable – in fact, it is very, very reasonable – to assume if the guards has enforced the protocol Francis would have rebuked them as too rigid and too formal, and would have asked them to allow the boys to have some fun and take some photos; we are joyous people who don't do such things as minding propriety and counting rosaries, eh, ah, no? The guards look stupid, the bishop looks good, the idiots rejoice. Everything normal, then.

Almost as bad as the climate created by Francis is the behaviour of those who write comments on Catholic sites and minimise the fact. Boors themselves (like “El Poncho”) they just don't get it, or play dumb so that they do not have to.

Symbols are powerful, and if one wants to destroy or damage an institution one must attack its symbols.

Pope Francis knows it, which is why he attacks the institution of the Papacy through its very symbols as much as he can: the “bishop of Rome” meme, the refusal to wear the Mozzetta or the red shoes, or the repeated shows of simplicity are all meant to reach a double effect: undermine the institution as they extol the man.

The uneducated elements – who are the vast majority – immediately pick the message, and have nothing to say against a footballer sitting on the Throne of Peter. A throne, as Sandro Magister points out, unfit for Beethoven but fit for Ezequiel “El Poncho” Lavezzi. Unsurprisingly, most don't have a problem with it.

This is a papacy for boors, and philistines. 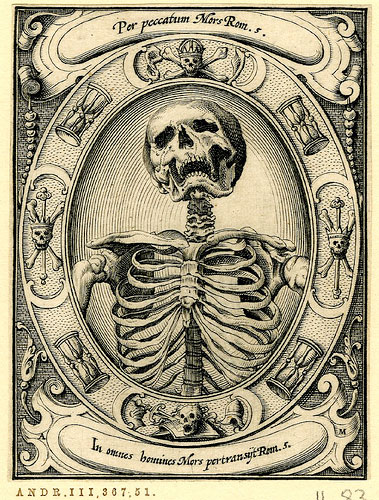 You might not have read my blog post about the big drip, but we have now another demonstration of how it works.

Margherita Hack kicked the bucket earlier today in Trieste at the ripe age of 91 extremely ill spent years, and one way or the other (actually, the one is far more probable than the other) she now knows better.

I have found no sign whatsoever of a possible conversion, or even of the beginning of it. Whilst we can have no absolute certainty, your betting a pint on the female having escaped damnation would be, if you ask me, an extremely foolish move.

Another day, another tool of…

Comments Off on Margherita Hack Changes Her Mind About God