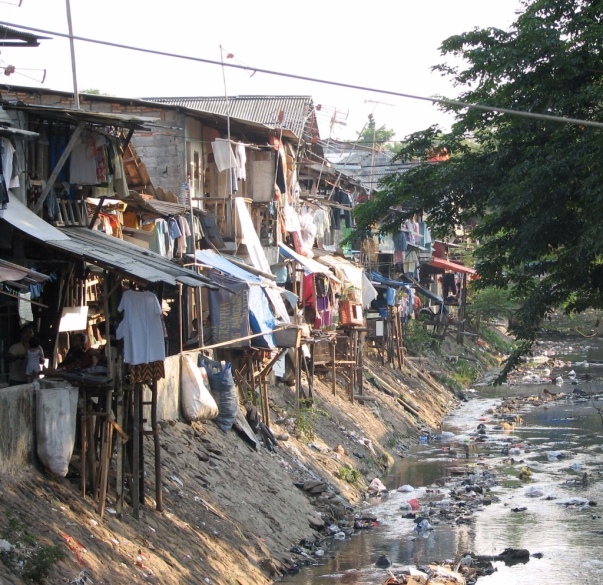 I have received, and published already, the following comment:

This Francis fool was the perfect candidate to weaken Papacy to the point of irrelevance, I visited Argentina 2 years ago, when I was working for a russian news agency and visited some slums in Buenos Aires to cover the work of the “curas villeros” (slum priests) in the many shanty towns of the capital, I was shocked to see that practically all those priests had concubines and had sons with them, other were openly homosexual or had transexual partners and everyone knew about this!I talked with people from the slums and asked them what did they think about this? their answers were basically the same: “it’s ok, they love each other, they harm nobody” I also talked with more cultured (and minoritarian) sectors of the catholic church in Buenos Aires who were infuriated by the situation but they were unable to do anything about it, they said they were largely outnumbered by the “populist priests”.They also told me that all the high hierarchy of the church in Buenos Aires, Bergoglio included, were aware of the dubious morality of the slum priests, the argentine traditionalist catholics also told me that in those slums the priest is considered a “fairy godmother” by the poor people who live there, in fact the priests are to many of them the only “help” since the hypecorrupt state is practically absent, thus the priest is perceived as a ” good nanny” who feeds and takes care, so no one dares or bothers to question his life and morality, to slum people everything the priests do is ok as long as they keep supplying them with free stuff…. a doctrine of sterile assistentialism that leads nowhere, keeps the poor in poverty, the lazy in laziness and the sinner happy with his sins.Bergoglio has started to export this model of spiritual misery and moral decay to the rest of the world since he was elected and sadly he will continue vomiting the filthy populist nonsense that’s been coming out of argentina provincial, ultracorrupt politics for decades.

This keeps haunting me, so it might be good to say a few words. The foreigner author of the comment is obviously well-read, an intelligent and enquiring mind, and concerned about Christian values. The occasion of his being there – the coverage of priestly activity in the slums – has also given him the opportunity to accumulate a great deal of information.

I have never been in an Argentinian slum, and can therefore not vouch for the truthfulness of what he writes. But boy, it all makes sense.

Let us then, for the sake of the argument, assume that there are a number of priests of that sort in the slums of Buenos Aires, and let us look at the dynamic of such “priesthood”.

A homosexual priest, or a priest so perverted he is attracted to trannies, or even a priest interested in sex with women will, in Bergoglio's diocese, only have one thing to do: discover his social vocation.

This will allow him to get deep into a world full of the miseries of dire poverty, and profit from it. Prey will be abundant. He will be a distributor of sought after earthly goods, and this will give him not only prestige, but power, and the ability to easily acquire sexual favours. Who will dare to go against his immorality or utter perversion in an environment that not only lives immersed in it, but is more or less heavily dependant on the favours and help of said priest?

Is it, then, not so, that the slum will attract those priests seeking in it those forbidden pleasures their sensual – or perverted – nature craves for, but that would not be allowed to them in the fairly well-ordered society outside?

I can well imagine the favela as a world apart, with miseries and a moral degradation to match. This is where the perverted priest needs to go if he wants to satisfy his lust undisturbed. He will be powerful and respected, and even those who loathe him will rather shut up than run the risk of being cut out from help when they most need it, or of being surrounded by hostility in their own community.

It goes without saying that such a priest will never be able – or willing – to do his job of saving souls. It isn't easy to tell people to repent and follow the Commandments when everyone knows you are a priest with a trannie on the side. No, such a priest will talk and act exactly like a Jorge Bergoglio: who am I to judge, the poor here, the poor there, the poor everywhere, and if you criticise the priest you are guilty of “gossip”; which, you might then well say, is akin to “murder”, because you need for the critics to really, really shut up.

At this point, this parody of Christianity can develop all his satanic potential: the priest supposed to reform the slum will become as filthy as the slum itself – or rather, the filth of the slum will attract priests just as filthy, and looking for prey -, whilst the slum dwellers will be left not only without guidance, but with even the horrible example of such priests. The “social” Church in South-American style will pretend to do the good of the poor, but she will betray Christ and help the very poor whose secular agenda she espouses on the path to damnation.

All this, of course, abundantly sprinkled with poverty rhetoric, which is also very useful in making the priest popular and in allowing him to go after his filthy business undisturbed. But hey, someone is “going out” and “helping the poor”, so the Bergoglios of the world will be not only unconcerned, but rather satisfied of the sterling work they are so humbly doing.

Again, we do not know whether the picture painted by our commenter is a realistic one. But… but…

Think of Francis' reaction when the Ricca scandal erupted. Arrogant jokes about the “gay lobby” not having an ID card, the “who am I to judge” mantra, and an astonishingly stubborn attitude in leaving an exposed sodomite at his place – and in the priesthood -. Is this not the behaviour of one who has lived in the middle of homosexual priests all his priestly life, and has happily ignored their perversion and sodomitic behaviour? Is this not the behaviour of one who does not care two straws whether a priest is a sodomite, and is even unable to understand the scandal that erupts outside of his cosy world when one of his closest men is exposed as one of them? How can one otherwise explain that whilst I write this, Monsignor Ricca is still a priest undisturbed, and is even still occupying his high place?

Francis has brought to us the filth of the favela all right. He glories in it, and speaks of the shepherd who must smell like his sheep; this is, very possibly, another veiled reference that to him, if a priest works in the favela it's no big deal if he has his own trannie.

We beg to differ.

Comments Off on R.I.P. “Reading Francis Through Benedict”