Priests Who Don’t Know The Commandments

The “one day, one of these might become Pope” reblog.

Hopefully you won’t need Italian (some parts are in English) to understand one only needs to walk around Rome with a microphone to find a number of priests who have no clue about the Ten Commandments.

The irony of the journalist is, in pure Italian style, abrasive but suave (“count with your little fingers”, a phrase told to little children, probably takes the biscuit).

The way some of them make asses of themselves is painful to behold (“do not sleep?”).

Personally I couldn’t stomach viewing all of it, but I think it’s highly instructive.

As they say in Italy: braccia rubate all’ agricultura (arms stolen to agricultural work).

This piece of senseless liberal waffle comes from the notorious 12,000 words interview. I though I would say a couple of very judgmental words about it.

“If the Christian is a restorationist, a legalist, if he wants everything clear and safe, then he will find nothing. Tradition and memory of the past must help us to have the courage to open up new areas to God. Those who today always look for disciplinarian solutions, those who long for an exaggerated doctrinal ‘security,’ those who stubbornly try to recover a past that no longer exists­—they have a static and inward-directed view of things. In this way, faith becomes an ideology among other ideologies.”

Let us leave aside all the peripheral waffle and nonsense (“courage to open new areas to God”; a phrase that every heretic could find extremely useful) and let us concentrate on the two central pearls, the “exaggerated doctrinal security” and the “stubbornly try to recover the past” bits.

As to the first, what is this? Is the doctrinal security of this man shaky? Why is he Pope? How can a Pope, of all people, think that doctrinal security can be had in excess? Are we not supposed to have an indestructible faith not only in God, but in the Truths that He gave us through Holy Mother Church? My doctrinal security is as hard as granite, and whilst I doubt I have a complete grasp of it, my faith in its righteousness and holiness is unshakable. I don’t think this bad, at all. I have not the shade of a doubt that the authentic teaching of the Church is absolutely right in absolutely everything. I believe that God can neither deceive nor be deceived, and that I can believe in the complete righteousness of everything the Church authentically teaches me. If Francis thinks otherwise he should resign at once, because he has no business being Pope. If he thinks as he should, then he should leave this waffle aside. Boy, this Francis stinks of moral relativism like the biggest rat in the favela.

As to the second, we have another Grima Wormtongue moment: the jab directed at those who “stubbornly try to recover the past that no longer exist”. Do not kid yourself into thinking this is not an utterly subversive, and at the same time defeatist, statement directed exactly at the way society is changing under our eyes.

Stop complaining “obsessively” about the abominations of modern times, says here Grima. It’s too late. The battle is lost. Get over it.

Well, I beg to differ. The battle is never lost as long as there are people ready to give battle, and God’s battles are fought with only the ultimate victory in mind. We do not fight a battle because we think we will see victory in our lifetime. We fight it because it is the right thing to do. As to the time, even cataclysmic events like the French Revolution have been largely (alas, not entirely) overcome in just a few years, certainly no thanks to people like Francis. Situations can change rapidly; particularly in the modern democracies, with their fickle electorate. The “global warming” madness seemed planet changing only five years ago, and now it is all but dead in the water; and thirty years ago, an awful lot of people seriously were in favour of sex with children. God helps those who help themselves and are ready to fight the good fight; not the whining, spineless defeatists suggesting you find a modus vivendi with the enemy because hey, you are “stubbornly trying to recover a past that no longer exist”.

Come to that, that past no longer exists because there are too many Francis around, and it will continue to exist as long as they are around. The sooner they go, the better.

This pearl of Grima Wisdom has slipped my attention yesterday. I could not left this unsaid.

Francis is obviously trying to drawn us under a huge wave of Neo-modernism. We must fight every drop of it.

“Eye Of The Tiber” On Francis’ Latest Blunder 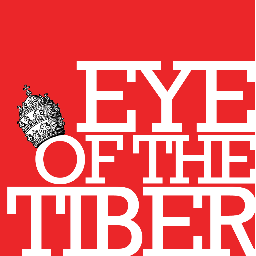 This is just stellar.

The “Eye of the Tiber” has the following post:

Minneapolis, MN––Dr. Simon Townsend, in an interview with United States Magazine, sent a clear message to his patient, Mr. Christopher Watts, who is suffering from stage-four terminal cancer. “Mr. Watts needs to stop letting himself get locked up in small things like the ever-growing tumors in his lungs that daily threaten his life.” Citing a need for his patient to widen his scope and not look myopically at one particular issue, the doctor warned Watts to “see the big picture” lest his overall health “fall like a house of cards.” Dr. Townsend continued, remarking that, “[Mr. Watts] is constantly harping about his cancer, his treatment, his chemotherapy, how long he has to live, blah blah blah. He doesn’t even seem to realize that he’s gotten really skinny and lost practically all his hair. I think he’s stressing himself out too much and needs to relax.” At press time, Mr. Watts was weakly leaning forward in his hospital bed to see if he could take a sip of water out of a straw and keep it down.

We should keep an … eye on this site. Humourvoll, always to the point, and very blunt.

I wish I had their sense of humour.

EDIT: Lifesitenews.com asked me to clarify their legal status and independence from the Catholic hierarchy.

They wrote to me with the following words:  “We are not a Catholic news service, but cover topics related to “life, family and culture,” meaning abortion, artificial contraception, population control, the various attacks on the natural family, feminism, globalism and the growth of the homosexualist movement. Since we cover issues that are closely related to Catholic moral doctrine, and which are extremely contentious in the secular world, we very frequently cover Catholic news as well, but LifeSite itself is a secular organisation, meaning we are not directly beholden to nor answerable to any member of the hierarchy of the Catholic Church and we are not funded by the Catholic Church or any diocese.”

They close with : “We would appreciate a clarification on this in your blog post. Thanks”

I publish the clarification with pleasure. The complete message is published in the comment section below.

I also profit of the occasion to congratulate Lifesitenews.com for their work.

No one, truly no one could accuse “Gloria TV” of being one of those liberal and secular media outlets spinning Francis.

Well, even they could not avoid giving witness of what is happening, pointing out in a very respectful but very clear way that there is no way to avoid the fact that Francis’ entire attitude is at variance with proper Catholic behaviour on the issues of our times.

Instead of analysing the 12,000 words, they have picked a “life site news” comments:

“In comments rocking the Catholic world today, Pope Francis’ has recommended that the Church pull back from her perceived emphasis on “abortion, gay marriage and the use of contraceptive methods.”

Note here the words used by Lifesitenews: “rocking the Catholic world”, “pull back from a perceived emphasis” (this is apparently contradictory, but still clear: if you pull back from something merely “perceived”, you still pull back; and you pull back because of the perception).

Gloria TV answers with two quotations one from JP II and one from Benedict XVI.

“To be truly a people at the service of life we must propose these truths constantly and courageously from the very first proclamation of the Gospel, and thereafter in catechesis, in the various forms of preaching, in personal dialogue and in all educational activity,”

The emphasis is theirs, and it speaks volumes.

“As far as the Catholic Church is concerned, the principal focus of her interventions in the public arena is the protection and promotion of the dignity of the person, and she is thereby consciously drawing particular attention to principles which are not negotiable,”

This is a less strong counterpoint to Francis’ mentality, but it’s still useful. It is, though, mostly useful because it opposes Benedict’s entire papacy – always attacked by the liberal press, and they did know why – with Francis’ untiring desire to please the wrong crowd.

There is no denying whilst some Catholic outlets are still either silent or outright in denial, more and more (EDIT: Here “Gloria TV” is meant) start to point out to what sound Catholicism is supposed to be.