← Spot The Neo-Modernist
“Repubblica” Interview And Explaining The Obvious: Proselytism. →

The Pope, The Error And The Spoon 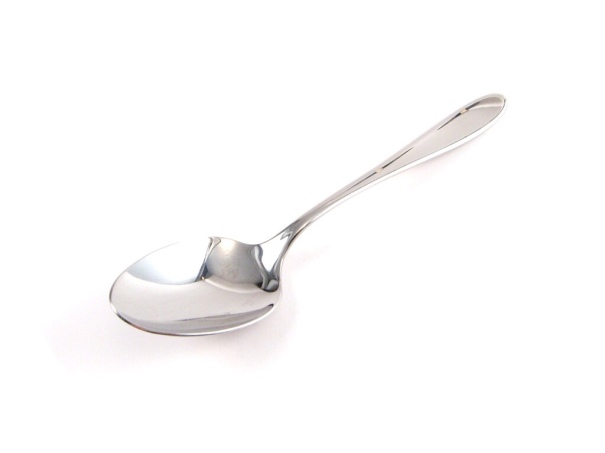 Understandably, many good Catholics are now praying every day that the Lord may, in His Mercy, free us from Francis, the Scourge of Catholicism. They rightly reflect that due to the unique position of this man, as I write this on the morning of the 3 October 2013 it is fair to say no one else on the entire planet is making – unwittingly, I hope – the work of the Devil as effectively and as destructively as this man.

Still, it must be very clear to us that what we – as Catholics and Christians – are collectively living is nothing more than what we have collectively deserved, and the Lord's Justice has now descended upon us in a way that is impossible for us to ignore any longer.

It is as if the Lord would – in a way, of course – say to us: “So you love ecumenism, don't you? Care a lot for “religious freedom”, right? Live happily with abortion, am I wrong? Are so full of understanding for sins that call to heaven for vengeance, aren't you? Well, boys 'n girls: let's see how you like this…“.

After which, he allows the Cardinals to commit the Stupid Act Of The Century and appoint an ignorant, hypocritical, morally very questionable, fake humble, unaware of Catholicism, clearly heathenish, popularity-worshipping, camera-loving, logorrhoea-plagued, beauty-hating, provincial Argentine Peronist as Pope.

Punctually, the man begins to give them – and all of us – overdoses of what they – and all of us – have been tolerating for decades. Better still, the man brings the many budding heresies of the V II to ripeness, like a peach in August. With him the Neo-Modernist heresies, up to now mixed with Catholic Truths, become of age, and want if not the sole attention, certainly the main place at the Catholic table.

You loved ecumenism. Enjoy Francis being consequent and saying that, then, there is no need to convert anyone. No! No! No! Hey, God isn't Catholic, says he! (a Sign of the Cross is here certainly in order).

You loved religious freedom. How about a Pope fighting for the right of Muslim to eat halal meat? Or paying attention that his sodomy-loving Jewish buddy eats kosher? Do you really like to be forced to have the couple of faggots “sleep” in your bed and breakfast, in front of your family? Is having to pay for other people's abortion and contraception tolerant enough for you? How do you like the obvious faggot soldier on the shower near you, talking of his impending “marriage” with his “love” whilst he looks at your buttocks?

You were happy to look the other way about abortion, and always said you were “personally opposed”; but you clearly wanted to be nice at all times and not impinge in the “right” of others to kill their baby in the womb. How about a Pope who says a yearly multiple Holocaust on a planetary scare is something we should not obsess about, and the biggest problems in the world are… youth unemployment and old people's loneliness?

You were happy to be so silent about sodomy. How about many countries exposing your children to sodomy as a human right even at school, whilst the Pope does not say one single word against sodomy, doubling it with “who am I to judge” and the invitation not to be “obsessed”? I am sure I have left aside a lot, but you get the drift.

Sow the wind, reap the whirlwind.

We are being deservedly punished. We are being shown on our flesh the folly of our ways, because we were so blind and stupid we did not get that, to make one example for all, the Assisi gatherings – particularly the first – are blasphemy and abomination.

We collectively pay the price of our collective folly. We collectively deserve every mouthful of excrement this unspeakably unworthy Pope will thrust down our throats; feeling, no doubt, extremely humble as he does so, and reaping the lavish praise of all the wrong people, from perverted singers to abortionist organisations, and from liberal journalists to the holocaust-promoting President of the United States, who has just joined the long list of his fans.

The only way out now is to denounce the excrements for what they are, and hope the Divine Spoon will be taken away from us soon.

But truly, we have deserved every spoonful. God does not owe us an orthodox Pope. We may hope he takes Francis away from us; but if we are honest with ourselves, why should He?

Sow the error, reap the spoon.