← The Pope And The Bus Driver
Reading Francis Through Catholicism: Fr Rodriguez → 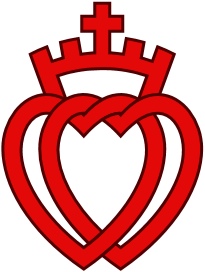 Bishop Fellay had something to say about the Bishop of Rome on the 12th; and boy, he did not mince words.

I have already reported that the SSPX made an appeal to Francis imploring him not to allow countless souls to perish. This time, the tones are far harsher.

Fellay is on record with saying that Francis is making an already disastrous situation “10,000 time worse”, and his metaphor with Francis and the parachute is, actually, funny in a very tragic way. He is obviously right in his analysis that Francis is willingly throwing bombs at the Church, possibly thinking the poor will be able to find better shelter among the ruins.

I am frankly surprised at the extreme severity of Fellay's words, as I had rather thought the approach of the first intervention would have been followed in the years to come; what I think has happened is that Fellay & Co. feel the situation is so extreme than nothing less than extreme words will do.

Mind, I do not agree with his calling the Novus Ordo “evil”, either (I follow him up to “bad”, though); but then again I am not a member of the Order, so this is par for the course. We have already discussed this ad abundantiam, though, so I will leave it at that.

Coming back to Bishop Fellay, please note the obvious relief at the failure to reconcile in 2012. Though I do not doubt the SSPX would never have agreed to a reconciliation putting them at the mercy of future Popes, there is no denying a reconciliation followed shortly thereafter by accusations of heresy moved to the Pope would not have been a very lasting one. I cannot avoid seeing in that a sign of Providence, leaving the SSPX free to defend orthodoxy without being encumbered by the desire not to rock the boat of a very fresh agreement. I also remember the one or other suggesting the SSPX leaders come crawling at the presence of the Pope and ask for a reconciliation whatever, before it gets worse. It seems fair to say these good men of God will not only not crawl anywhere, but will stand and be ready for battle at all times.

Someway, I get the impression they don't really read Francis through Benedict.