Wins Mundabor's Clown of the Year award hands down...

The last piece of evidence is here, with the crowd of perverts “honouring” Francis because he “changes the perception” of perverts abandoning themselves to abominable practices.

How can you deny they are right, and the Pollyannas are wrong? Francis downplays both homosexuality as a perversion and sodomy as a sin crying to heaven for vengeance, in front of a global audience, and obviously being very pleased with the result.

Let us not be blind and let us see reality as it is.

Whether out of sheer stupidity, or appalling ignorance and arrogance, or outright evil intention, this man has been working for the enemies of Christ since March 13.

From their friends you'll recognise them.

Beware of the wolf in black shoes.

Lessons From The FFI “Golpe” 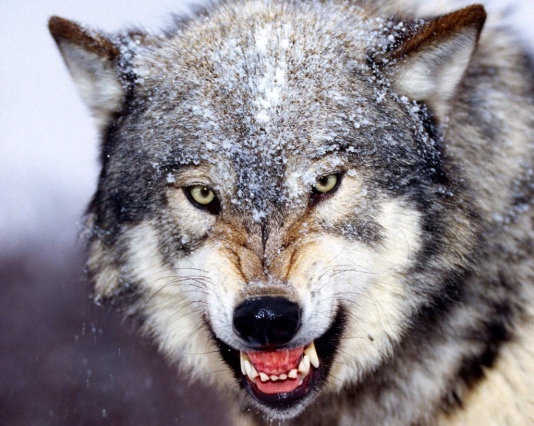 As the weeks go by and the progressivist steamroller flattens the FFI to the ground, it might be useful to take some measurements and spend two words about what I think is happening on a broader perspective. I think the following observations can be made:

1. A very tiny number of dissenters (apparently around half a dozen in an order counting hundreds) was enough to start the most brutal crackdown in several decades. The same excuse can be now used everywhere. Woe to the FSSP if there are little dissensions, with a handful of Judas among them saying the Order has become “divisive”, or “crypto-lefebvrist”: an accusation very easy to fabricate, as the FSSP exist to celebrate – even if not exclusively – the same Mass of which Francis has said that it can be, exactly, divisive. Were this to happen, they would probably be doomed, and their only hope of survival would be in Francis' fear of the SSPX. In this case we would have a real paradox: an Order living only thanks to the other Order it was born to destroy. Still, the FSSP can be damaged and watered down in many ways without having recourse to the brutality of the full “FFI treatment”. Personally, I think this is exactly what will happen in the years to come.

2. It should be clear to even the least intelligence that Francis is fully behind all that is happening. Firstly, it is simply not conceivable that such brutality be adopted without the Pope's previous assent; secondly, Father Volpi – the FFI's torturer – has explicitly mentioned the Holy Father's support for his action and has not been contradicted, much less forced to backpedal. This is, ultimately, all Francis' doing, as plain as the sun.

3. The crackdown is not against people, but attitudes. The closure of the seminary shows in Francis' and Volpi's mind the problem lies not in single individuals, but in the traditionalist Weltanschauung of the order. They are targeted because they love Tradition, full stop.

The FFI is the most evident sign of Francis' reigning style we had up to now: as ruthless and brutal when he sees successful Catholicism at work as he is slyly active in promoting his own dying but very convenient brand of kindergarten Catholicism.

Please, Lord, let this punishment come to an end soon.

The Pope, The Mug And The Finger 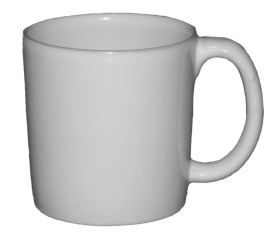 Well, I certainly could not have put a photo of the finger...

And it came to pass a famous blogging priest presented a new “line” of Catholic merchandise, and most notably of a mug, poking innocent fun at some of the not-so-impenetrable (but actually very clear) words of the Bishop of Rome against Traditionalists.

Promptly, other bloggers accused him of showing the finger to Francis, and one came to the point of suggesting he becomes a full time parish priest again. The “tolerance” of progressive bloggers is the source of ever new amusement.

I'd like to expand here on two subjects: the mug and the ministry.

As to the first, it is clear that whilst no malice is intended, a very mild criticism is implied in the creation – and purchase – of the product. It is very clear to everyone with a brain that Francis is, to put it very mildly, no friends of Traditionalists; an attitude expressing itself with cryptical, at time stupid, barely comprehensible meaning, but whose ultimate target is clear enough. The blogger in question returns, so to speak, the favour by expressing “criticism of the criticism” in the same veiled but, in the end, clear manner. Still, this is clearly no crusade. If this is called showing the finger, Stalin is truly among us.

As to the ministry: a blog like the one in question, with around 750,000 pageviews a day – own sources, and they from last summer – probably reaches between 5,000 and 10,000 people a day according to their surfing habits. This is the equivalent of a good number of healthy parishes. The readers of the blog are fed every week with an enormous amount of extremely instructive liturgical explanations, and Catholic content of extremely high quality. Whilst I think the attitude of this particular blogger towards the present disgraceful pontificate way too mild – and rather too mild even considering he is a priest – I cannot see how anyone can deny the great service made to Catholicism by a work like this; particularly when compared to the fluffy stuff of the “Patheos” blogger crowd, whence the criticism came.

I personally find this line of merchandising not a particularly lucky one. With its irony poked at barely comprehensible words containing an “inside joke”, the message is not accessible to the casual observer, which I think is what a bumper sticker or coffee mug for the workplace should be first and foremost. Yes, someone will ask, but many will ignore. Write on the mug “Proud Catholic Traditionalist” or the like, and see people reacting.

I thought I would report about this incident, in part to amuse and in part to point out to the usual intolerance of the tolerance crowd.

My suggestion to them is to relax. We are on the firing line, not them.

Why Father Guarnizo Is Right

The appointment of Cardinal Wuerl to the Congregation for Bishops is a good occasion to refresh our memory concerning the good Father Guarnizo.

Comments Off on Why Father Guarnizo Is Right