← The “Thumb Up” Pope
Nazis Among Us: Mayor Di Blasio Introduces Himself → 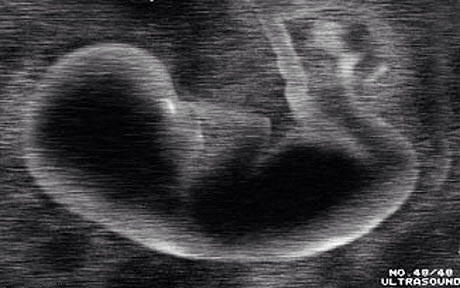 No possibility of being able to live? Sorry, young man. You'll have to be cut to pieces.

I do not much like Norway. A country secular and atheist like few others on earth, they incarnate everything that is wrong with the West, as also seen in their worldwide bullying for the slaughter of unborn babies. It goes without saying that they also have a “liberal” (which means: murderous) legislation about abortion, too.

This legislation appears to have, at present, some massive uncertainties of interpretation, particularly considering the point up to which the abortion is allowed.

The Norwegian government has now decided, following the recommendation of an “expert panel”, to adopt and enforce the principle – and to promote correspondent legislative measures; which means the ambiguity was too obvious to be cleared merely by secondary sources – that abortion is never allowed if the baby is viable (that is: in the case of babies “who have the possibility of being able to live”, as they hilariously describe the matter), and the absence of logic boggles the mind.

Every baby who is not murdered in the womb has the “possibility of being able to live”. On the other hand, a baby who has just been born isn't ipso facto able to survive. He needs constant care and attention from others – hopefully the parents; one wonders how often in Norway there are two of them, of different sexes, and married to each other – and without this care and attention he would die very fast. A newborn baby is, therefore, not logically more “viable” than the same baby was just after conception: still a human life, but still in need of help of another person to reach the point where he will be able to care for himself.

The Norwegian government's way of thinking is therefore, if a slight improvement to the previous situation, a prime example of the absurdity of every abortion legislation: it is absurd in thinking that being “viable” is a criterium to decide which human life can be terminated and which is allowed to continue, and it is absurd in the arbitrary way in which a human life is considered worthy of protection: a human life is a human life, and this difference – being a human life or not – is logically and qualitatively infinitely more important than every degree of development of this life's internal organs.

This seems to me – taken in general and present company obviously excluded – a seriously stupid country; and in fact a vastly atheist country cannot but be stupid.

Still, as long as there's life there's hope, as they say. I have already reported about some good sign, and even in the matter of gender madness I have seen some signs of sanity. You never know, perhaps this decision will help the one or other to understand the cruel absurdity and selfish monstrosity of abortion legislation.