← Monoculus Rex
What has Happened To “Ars Orandi”? →

The Charge Of The Kraut Brigade 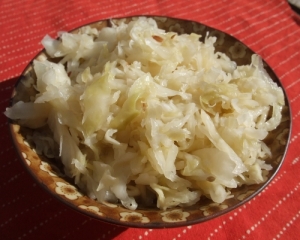 The Kraut jumps in the Tiber…

It is apparent to everyone with some sense of observation that the German bishops are going to lead the Modernist charge in the assault to Catholic Truth, in particular – but not only – with their new “pastoral”* approach to Communion for public adulterers. The German bishops know that it has worked in the past, when their liturgical abuse of “altar girls” was sanctioned by Paul VI. They also know as big contributors to the Vatican safe they enjoy a position of factual privilege other bishops’ conferences do not enjoy. Lastly, they clearly perceived when a Pope is able to say “who am I to judge” the sky is the limit.

Some observers, commenters and bloggers wonder if the Bishop of Rome, the Lamb-carrying Francis, will be able to face these people with the necessary strength.

I for myself prefer to wonder whether Francis is willing to resist them, and my answer to this is an emphatic: no, he isn’t. From what transpires up to now he isn’t in the least. On the contrary, he must secretly welcome the “modernising” lio they represent.

Please reflect: one of the most outspoken among the German Bishops, the aptly named Marx, is one of his eight, erm, gangbangers. I can’t think Francis chose him for such an elevated appointment because of his (cough) conservative credentials. Others, like Maradiaga, are probably even worse. Francis is actively promoting and giving a stage to revolutionary prelates.

Secondly, please reflect how probable it is that one who gave himself the example with a huge liturgical abuse only very few weeks into his pontificate, expresses himself in a heretical way more often that I eat pasta, and has in general no problem whatsoever with being seen as an “innovator” will now suddenly get the conniptions because the German bishops want to practice what he ceaselessly preaches.

Thirdly, please reflect that Francis is not so stupid that he thinks he can simply impose sacrilege on Catholics by simply ordering its abolition. The jury is out whether the man is simply extremely and culpably deluded or positively evil, but there can be no doubt that he is a Jesuit. Whatever abuse and sacrilege he wants to have introduced, he will mask it under the appearance of “merciful” leniency for priests who have “pastoral” concerns. In the end, if the bishops are in good faith and follow their conscience, who is he to judge?

Francis talks every day ending in “y” about the need not to be rigid or legalistic or, in one word, orthodox. He has been positively and willingly preparing the ground exactly for the kind of action the German bishops are now taking. It is extremely convenient for him to first promote a renovation in abstract (the invitation to make lio); then indicate he is actually not in favour of the measure suggested; and finally capitulate, out of his own good, wheelchair-loving heart, to pretty much every sacrilege. Then he will say what he actually always says: let us not be legalistic, let us focus on mercy, let us be pastoral, & bla, & bla. He does it already all the time, so it won’t even be a surprise for anyone.

In the end, I strongly suspect a “solution” will be reached by which the Church rules are upheld in principle, but they can be ignored – out of pastoral concern, and mercy galore – in practice. Like saying “in principle one should not smoke dope, but we leave it to the local churches to be pastoral if they have a lot of potheads who pay to us an awful lot in Kirchensteuer“. Bearing in mind that to receive unworthily is gravely sacrilegious, and smoking pot isn’t.

Be under no illusion: such a solution will satisfy each and every Pollyanna, and we will read a lot of blog posts with titles like “Did Pope Francis really change Church teaching in matter of Holy Communion?”, whilst the mainstream media will praise the man – “doctrinally conservative” but “pastorally revolutionary” – to the skies. Again, this is a man able to say “gay” when he means “homosexual”, so what do you expect. From their words you will know their minds.

The assault is coming. The leader of the royalist troops is a decade-long friends of the rebels.

Bar some extraordinary intervention from above, don’t ask me who will win this battle.

Posted on January 9, 2014, in Traditional Catholicism. Bookmark the permalink. 9 Comments.