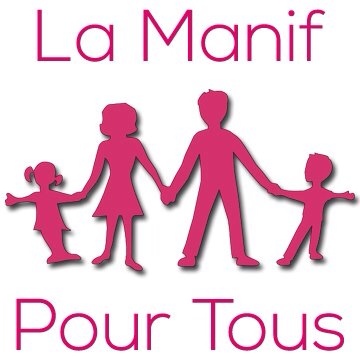 The news has reached the Italian newspapers (the decent ones, at least; the others just ignore the facts) that the French government has abandoned the proposed new “family” (means: meant to destroy it) legislation, which would have allowed, among other things, “couples” of dykes to get a child in vitro.

For added fun, it appears the government ranks are now in full disarray on this, with some extremists wanting to go on with proposal without government support, and hoping to get a majority. So you have them losing and quarrelling, which is a rather interesting scenario.

Further battles (assuming this one will be definitively won, which for the moment appears probable to me) await the movement, which will now focus against the measures meant to cancel the concept of “sex is destiny” perverting even little children. Of course, other battles await, including the backpedaling on the abomination of so-called “same sex marriages”.

I allow myself to notice here again what I have written already on several occasion: the typical politician in a Western democracy is a coward ready to cave in at the first signs of popular rage. Hollande & Co. aren't so ideologised that they will put their career in danger for their convictions. You miaow, they roar. You roar, they miaow.

Evidently, Hollande & Co. have not believed the police numbers – impressive in themselves – but rather the pictures with the huge crowds in Paris and Lyon last Sunday. They know their political asses might one day be on the line, and they care for their own far more than they claim to fight for the emancipation of a faggot's sphyncter.

I hope this first, but highly significative victory encourages the decent Frenchmen that this madness can be reversed, and helps the movement to gain further momentum – no thanks to Francis – in the years to come.