The use of the vernacular prevailing in a great part of the Church affords at once an imposing sign of fragmentation and an effective help to the corruption of true doctrine.

Cardinal Maradiaga And The Other Clowns 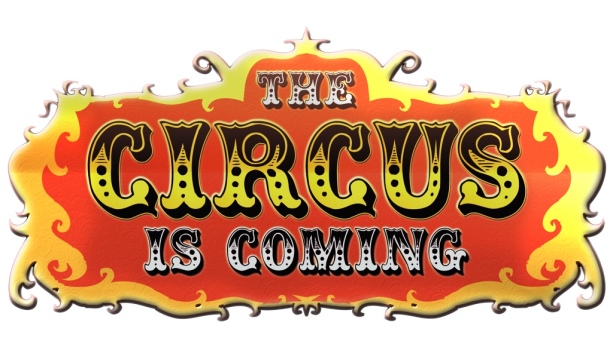 One year later, the circus was in full swing.

Cardinal Maradiaga is, without the shadow of a doubt, having the time of his life. Inebriated with a newfound, worldwide notoriety, the high-fiving Cardinal keeps giving free-wheeling interviews, in which he speaks as if the Church were his toy, to play with as he pleases.

Not happy with throwing around with journalists his idea about a possible Pontifical Council led by “married couples” – which is stupid enough in itself, but should be kept for internal discussions anyway; unless of course the Cardinal wants to force the one or other hand – the man abandons itself to declarations that astonish in their populism; a populism pushed to a degree unknown, to my knowledge, even to Francis.

Firstly, the Cardinal says the laity “are the majority” of the Church, as if the Church were some kind of democratic organisation in which you have rights merely for being “majority”. Secondly, he says “we can't go on like this”, thus passing a very hard sentence on the way the Church “went on” since Jesus' time. Thirdly, he informs us that the “Spirit” is “pushing” in his direction, and one wonders whether his back carries the signs of the “Spirit's” obvious “pushing”.

We have now sunk to pure circus level. We have reached “big brother” lows of superficiality; Church policy has become a media show, the “X-factor” for the tambourine Catholic masses.

Why is this? Because the Commander In Chief is such a one, of course. He is the one who started the circus and keeps it running; it is no surprise at all that others want to have a place on the stage in Circus Bergoglio, just on the side of the Head Clown himself.

The fish stinks from the head down. Always. If you complain about the stink and refuse to see whence it comes, you are being willingly blind.

Wait: I was never married, but I want half of the assets anyway!

When I was born, in my Country by most marriages – Canonical and civil at the same time: the so-called matrimonio concordatario – the annulment of a marriage through the Sacra Rota led to the annulment of the civil effects of the marriage. In short, this meant that upon annulment the spouses were rid of any major direct obligation toward each other. This clearly made sense: once the marriage is understood primarily as a sacrament with civil recognition, if the marriage never took place the civil effects between the non-spouses are non-existent, too. It was more complicated than that – for example concerning the children, who were obviously still legitimate children of a now annulled marriage – but you already get the gist: broadly speaking no alimony, and no splitting of assets. Again, this makes sense: the two have never been married. If they have patrimonial arrangements they want to settle between them, they can do it anytime with normal civil contracts that are nothing to do with the sacrament – say: donations, creation of partnerships, endowments, & Co. – but once the marriage has never taken place, it has… never taken place as regards the mutual relationship of the couple.

Both these, alimony and asset splitting, are now in place – by many marriages at least; it is possible to ring-fence one's assets from the spouse, and alimony is rather more limited than in the US – in Italy and, interestingly, in Germany, where it is to be feared a tsunami of “pastoral annulments” might now be on its way.

One wonders how many Germans, or Italians come to that, would be ready to claim that they never wanted to marry, and that their marriage must be declared canonically void, if the annulment were to extend to the civil law part of the marriage and have heavy consequences on the payment they can expect. They would probably say that they were never married when it is convenient to make communion, but actually they were always married when it is convenient to get the money. Having one cake and eating it, I would call it.

Of course, you will say in most Western countries a marriage is a civil law contract fully separated from the sacrament, and which will remain in force irrespective of the destiny of the sacrament. But you see, interestingly enough this was not the case in Italy, because the marriage was seen to such an extent as a sacrament first and foremost, that it was utterly natural to link its civil effects to the validity of… the sacrament! An understanding of life that has now all but disappeared from our secularised societies. And yes, it wasn't easy to obtain an annulment; and yes, the courts of the Church (the Sacra Rota) decided about the validity of Italian civil law transactions.

What a beautiful thinking. What a truly Catholic Weltanschauung.

Just a thought, of course…

Fashiongate: Fire Brigade To The Rescue

As they are discussing, the Gang of Eight should now examine the creation of a Pontifical Council For The Corrections Of Papal Gaffes. Possibly not led by a Jesuit.

The secretary of the Congregation for Divine Worship, Archbishop Arthur Roche, had to intervene on the matter after the latest scandal caused by a Pope unable to say three words in a row without making some damage.

He can’t contradict the Pope, though. He can’t say the Czech bishop has misunderstood, either, because evidently many were there. He can’t defend the Traditional Latin Mass, because he knows Francis doesn’t like it at all.

What he does, is to say some generic word about Latin in the Mass (a completely different matter than the Traditional Latin Mass; which is much, much more than a Mass in Latin), in order to let the message get through: “we can’t say so, but boy, we are so embarrassed”.

He can’t say it. So he says the Pope hasn’t really said anything about the Traditional Latin Mass. Which just doesn’t make sense, because he has.

This being the Vatican, though, we must read between the lines. The Pope will not be openly criticised. The only thing that can be done is to make people understand they are sorry for the broken china.

Tags: Congregation for Divine Worship and the Discipline of the Sacraments, Pope Francis, Tridentine Mass

The Church on the role of Latin. With a little surprise.

Below, some chosen lines out of a Vatican document of the past (feel free to skip at will 😉 ):

The Church […] values especially the Greek and Latin languages in which wisdom itself is cloaked, as it were, in a vesture of gold.

But amid this variety of languages a primary place must surely be given to that language which had its origins in Latium, and later proved so admirable a means for the spreading of Christianity throughout the West.

And since in God’s special Providence this language united so many nations together under the authority of the Roman Empire — and that for so many centuries — it also became the rightful language of the Apostolic See.Preserved for posterity, it proved to be a bond of unity for the Christian peoples of Europe.

Comments Off on The Church on the role of Latin. With a little surprise.