← Francis: True Disorientation (Edit: This time from the translator!) .
Two Popes On The Blessed Virgin. → 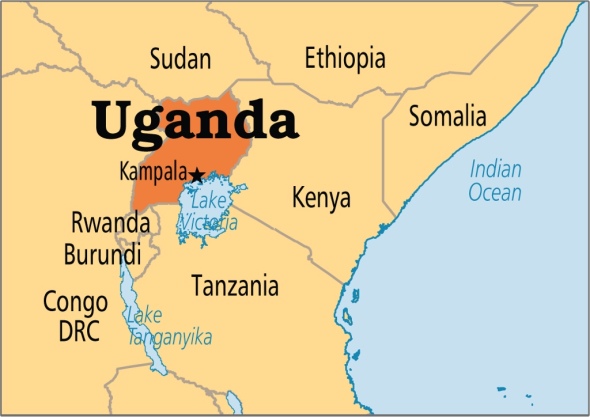 If you have followed the recent events in Uganda, you will have noticed a strong contrast between the useless waffle of much of the West and the robust Christianity in Africa.

Here in the satiated – actually, obese – West, “who am I to judge?” is the order of the day, and the entire Church apparatus bends over backward to be as much aligned to secular values as they can get away with. As the Bishop of Rome is the one who can get away with pretty much everything, it is no surprise he is very much at the head of the movement.

Meanwhile, in regions of more recent Christianisation – like Sub-Saharan Africa, where Christianisation has been largely absent, albeit with some notable exceptions – Christianity is taken far more seriously, and the local prelates fulfill their role of shepherd in a way most Western ones would never think of, or dream about. This is why the Ugandan clergy – can you believe it – supports the Ugandan law against sodomy and homosexual propaganda.

Mind, though, that they do not shout “God hates fags”. God hates faggotry, and He hates the fact that one person is a fag. But he certainly loves him as an immortal soul. Still, the love for the person does not mean the condoning of the abomination; something African clergy would not do more than they would child abuse, or incest. Note that, in doing this, they are not only very sound, but also very charitable.

All this escapes our very corrupt – from the Bishop of Rome down – hierarchy, most of whose adherents would very probably describe sodomy laws and the punishment of homosexual propaganda as “homophobic”; either because they are blissfully unaware this is what Christian countries – being Christian – have always done, or because they find it more convenient to ignore the facts than to confront the world.

This creates, on reading of the news coming from Uganda, the clear impression that the Church is split in two: an ailing body, sullied with all the filth of the world in the Western world broadly intended – that is: including Central and South America – and a far younger, healthier, clearly pugnacious one in parts of Asia and vast parts of Africa, where “who am I to judge?” is rightly ignored in favour of the sensible, Christian, and charitable “why should I be an accomplice?”.

And in fact, when the Ugandan bishops approve the law – whose explicit aim is to avoid the corrupting influence of the satanic Western mentality – they are not only stating their refusal of the Western secular society; they are, and emphatically so, also rejecting the bogus Christianity preached everywhere from Western Catholic prelates and priests, from the Pope down, who would obliterate the Christian message and substitute it for a vague, fluffy, effeminate emotionalism in which only God's mercy has remained.

Being Christian, they are not worried in the least of being called “homophobic”. In fact, the very use of the word “homophobia” is a very worrying sign the person who uses it might have strayed already so far from Catholicism and Christianity at large, that his ability to promote sound Catholicism is now severely impaired.

Let us take an example from the brave Ugandan government, and the sound Ugandan Catholic clergy.

We do not need measures against “homophobia”.

We need to bring back Sodomy laws.

← Francis: True Disorientation (Edit: This time from the translator!) .
Two Popes On The Blessed Virgin. →
%d bloggers like this: