Better Ten Alexander Than One Francis 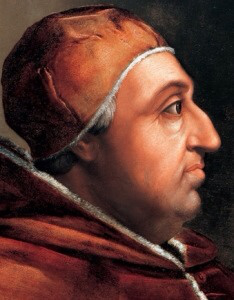 For some reason Rodrigo Borgia, better known as Pope Alexander VI, seems to have reached the status of “worst Pope ever” among Catholics and Anti-Catholics alike.

Whilst the man represented many of the shortcomings of his age, and not even nowadays’ spinmeisters would dare to call him a saintly man, it is remarkable how the man allows Popes like Liberius, or Benedict IX, or John XXII to go unnoticed among the masses. Actually, in most cases if people don’t shoot at Alexander they will shoot at, say, Julius II or Leo X. All Renaissance Popes, you see. It catches the imagination. Sex, War, and Sacred Music. Still, all orthodox ones.

There is, if you ask me, a frequent mistake here, present in a rather extreme way: the confusion of the moral qualities of a man with the way he exercised his office.

Posted on March 17, 2014, in Traditional Catholicism. Bookmark the permalink. Comments Off on Better Ten Alexander Than One Francis.