← The Layer Church
Communion For Adulterers: Kasper Isolated Among Cardinals. →

The War Against Good Catholics 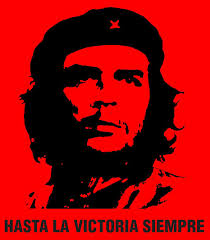 As this Pontificate enters its second year a trait of Francis’ disquieting personality appears more and more evident: his dislike for good Catholics.

As it seems, there is almost no week in which Francis misses the occasion to put devout Catholics in a bad light. He seems, in fact, utterly unable to believe in the fundamental goodness of people behaving fundamentally well, and striving to do better.

Whether he compares them more or less ironically to “holy cards”, or criticises their “securities”, or lambasts their “hypocrisy”, or mocks their counting their rosaries – rosaries they have prayed for him; quite the gentleman, this one – or calls them all sort of names, or implies (this is just the last one) you have better cards by God if you are some kind of “outcast” (meaning: sodomite, trannie, drunkard, junkie: whatever is not all right in the eyes of real good Catholics) it is clear the man prefers to have you dirty rather than clean; because if you are dirty it allows him to feel good at his vicinity to you, but if you are clean you will actually expose Francis’ own dirtiness.

Let us be frank here: a shallow, vulgar man lacking both manners and spirituality, Francis would look very bad near any one of the good Catholics he so constantly criticises; but put him in the middle of homosexual priests and favela Trannies and he will breath the dirt with relish, and will be very proud of smelling like them.

And in fact, it seems to me the old Jorge Bergoglio is now having a very long field day, shooting at those good Catholics who – seeing in him, fundamentally, a phoney, and saying it; then good Catholics tend not to shut up – have criticised him during his time on the public stage as bishop, archbishop and Cardinal. Now that he is Pope, he ceaselessly hits them with his snide remarks about people who, whilst never called by name, show an uncanny resemblance with your typical…. good Catholic: people who know the Commandments, try to follow them, live orderly lives, rest in Christian Truth, and have granitic certainties about right and wrong. Which is how it is supposed to be.

A very telling sign of this is that Francis never says that, to make an example, to have certainty of the faith is good in itself. No, to him the problem lies in having the certainties. Nor does he say that many people are good Catholics who live saintly lives, whilst others mask their sinfulness under a thick veil of hypocrisy. It is evident from a now countless series of snide remarks that Francis does not believe that people looking fundamentally sound may really be sound Catholics, and that their exemplary behaviour may not hide anything else than.. a truly exemplary attitude. No, it is clear that to Francis you are either dirty, or you are a hypocrite.

It truly goes on and on and on. It is as if those good Catholics who have always pointed out to his shortcomings as a prelate should now be made to pay for what is not only their orthodoxy but also, very clearly, their being largely middle-class, a category Francis clearly looks at as the oppressor and enemy. And here we have it, our standard Bergoglio: “you who always looked down at me”, he seems to say out loud, “you with your faith, with your commandments, with your certainties, with your intact homes, with your prayerful and ordered lives: I do not believe in your authenticity, because I could never be like you. I despise your moral standards, that are clearly not mine; I despise your thinking yourselves good Catholics, and judging me unworthy of my habit. I will therefore bash you whilst I promote and protect homosexual priests and heretical Cardinals, and fight the “holy card world” in which you live in as hard as I can. I don’t care much for the good middle class Catholic. Give me the slum priest stinking of his own sin instead”.

This will not, obviously, be his real words. It can even be that he is not entirely aware of this constant war against bourgeois respectability he is constantly waging. Perhaps his parents brought with them from Piedmont a good dose of resentment for the middle class, and he ended up absorbing some of it. I come from Italy myself. We all know the type. There used to be a lot of them in the past. Again, not saying Bergoglio’s parents were that kind of people. But one observes, and wonders. Perhaps they weren’t, perhaps they were. Perhaps Bergoglio was ruined by the seminary; perhaps a tango-dancing bouncer was not entirely suited to the seminary anyway.

What is clear, is that I cannot remember any Pope so constantly at war with good Catholics, as this one.