Fagfox: Campaign Against Firefox Is Getting Traction

The unspeakable Gaystapo scandal at Firefox is only some weeks old, but the reaction is getting traction out there in the cyberspace.

The story might be, for the moment, out of the big headlines, but there are always people who care for more than the headlines of the day.

They write, they blog, they make their voices heard. In time, they manage to have the shame stay attached to the target company. In time, it can really hurt.

The images you see below have been found in a matter of a couple of minutes after googling “boycott Firefox”. The reaction is clearly growing fast; not in the headlines of the mainstream media, but in the world of the common people.

Please pick one or more of your images and mail it to your friends; blog them if you run a blog; post them in discussion fora; make them go around. Let them become a more and more diffused presence on the net. In time, this will really hurt.

This is a fast and effective way to let the word spread. 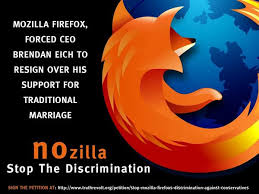 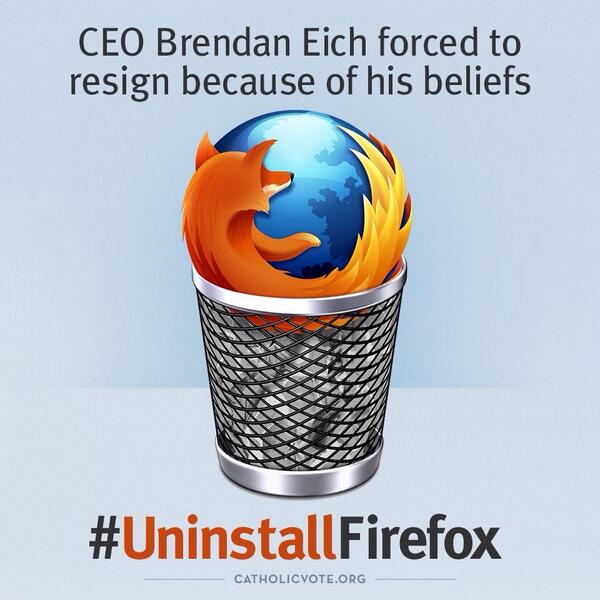 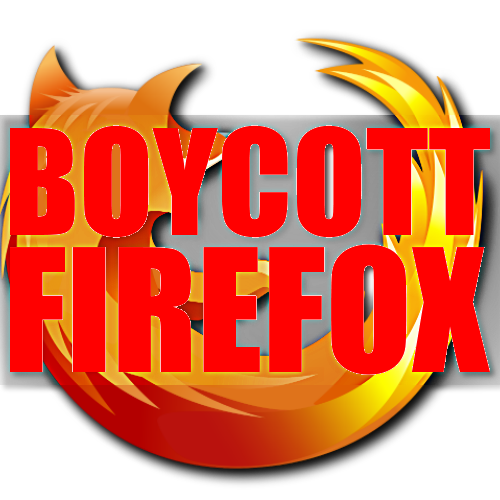 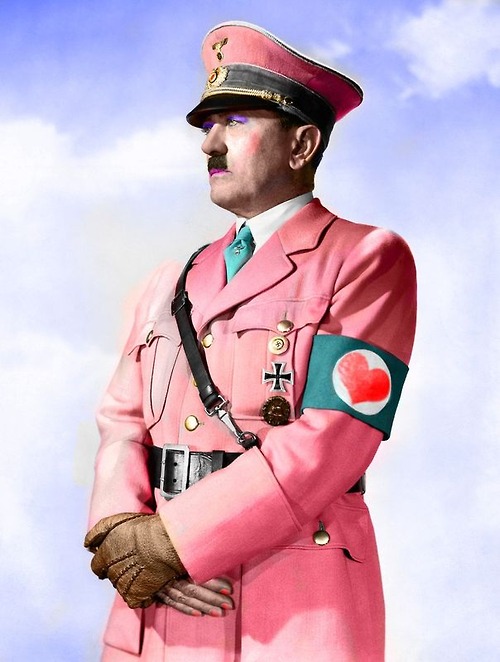 The usual Nazi suspects have called for Google to censor a smartphone app helping them to overcome their homosexuality.

Note the mentality of the Nazi faggots: they do not disagree with you, they want to silence you. Everything that goes against their faggotry must disappear.

These people truly are not only a danger for their own souls, but for democracy.

Comments Off on Google: Gaystapo Alert! 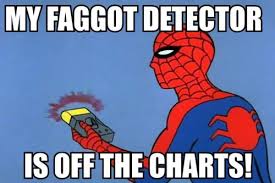 We all have to get our own jobs and make our own money, but staying at home, nurturing, being the mother, cooking – it’s a valuable thing my mum created. And sometimes, you need your knight in shining armour. I’m sorry. You need a man to be a man and a woman to be a woman. That’s why relationships work …”

Where I come from, such a phrase would have been greeted with expressions like the immortal “ma va?”, which is the Italian for “you don’t say?”.

And in fact, looking at it at face value, Kirsten Dunst has said something that might have won Platitude Of The Year award… if we lived in normal times.

But we do not live in normal times. We live in times in which a small army of harpies and their emasculated manservants start making screeching noises everytime one states the obvious, because in their perverted mind the obvious is oppressive, patriarchal, or whatever.

This is what happens when you are nice to perverted bastards.

Perverted bastards will first play the victim with you to elicit your “inclusion”, and then will proceed to exclude you and all those who do not think like them from the discourse of civil society.

It is so in everything. gay parades becomes civil partnerships, which become marriage, which become a human right, which make of you a racist if you think they are damn perverts.

Or with “gender theory”, an outlandish delirium first, then somethign cool to write about, then something accepted, then imposed by pervert judges, and used to indoctrinate and pervert children.

We must stop this unspeakable crap of inclusiveness.  We must be utterly non-inclusive of perverts. Perversion must have no place in a Christian society, and no Christian is ever authorised to “include” it in absolutely anything.

Thankfully, it appear Ms Dunst has got a lot of support.

But it must go much further than that. The times of “niceness” to every pervert must end. Perversion can’t be mainstream. Perversion is abomination in the eyes of the Lord, and gravely damaging to our children.

Let’s hope the Gaystapo elicit the right reaction more and more often. By their nature, they will become more and more oppressive of every freedom. Civil society will be tested. I trust it will win. Not immediately, and not without some harsh fight, but win it will.