← “Protect The Pope”: On The Matter Of Obedience
Modern Warships. → 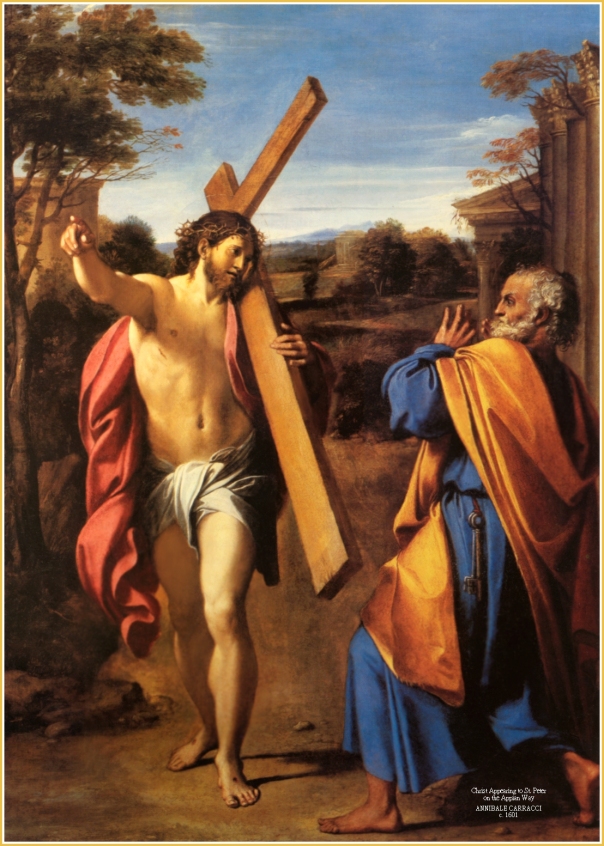 Father Carota has another not one, but two stellar blog posts about two actual and very grave issues: the persecution of orthodox priests, and the matter of sacrilegious communion.

As to the first one, the title says it all. Wisely, Father understands that the likes of Father Guarnizo  (see here or here about this great priest) are going to be persecuted more and more for being good Catholic priests. Father Carota says it with the usual frankness:

It seems that the sinner gets all the support and the priests who live and preach their Catholic faith get thrown under the bus by the Church authorities.

Quite. The new “age of mercy” will only reinforce the already existing trend. I don’t want to think what will happen after the Synod in October. Already there are rumours that the “pastoral approach” will not spare anything; not only Communion, but also the teaching of the Church concerning homosexuals, concubines, & Co.

And in fact – and as I have already noticed – if we live in times of such astonishing hypocrisy that two concubines can be admitted to communion because they pretend to live like “brother and sister” whilst, actually, not only having sex but even openly admitting that they do, there’s nothing to prevent two homosexuals from living together in a “chaste relationship” which obviously isn’t, and demand the sup[port and solidarity of the “community”; hey, let us not let facts get in the way of our “pastoral work”. Mundabor, who are you to judge? It is obvious that in this way there is no teaching of the Church that cannot be transformed in its parody.

Which leads us nicely to the other intervention of Father Carota. In this other post, Father Carota says very succinctly that for which I needed to waste so many ASCII characters:

All the saints say that receiving Holy Communion in the state of Mortal Sins is one of the worst sacrilegious sins one can commit.

Fifty years of “Springtime”, and the very basics have gone lost by most. How many who call themselves Catholics would identify themselves with the statement above, I shudder to think.

More and more Catholic priests will, in the years to come, find themselves in the situation of the picture above.  Not an easy one, I admit. But hey, that’s why they are priests.

Let us pray for good and courageous priests, with the guts of Father Guarnizo and Father Carota. There will not be very many of them, but they are those who will preserve sanity in a Church now rapidly going from being drunk of Modernism to being openly stoned, and proud of it.

← “Protect The Pope”: On The Matter Of Obedience
Modern Warships. →
Loading Comments...