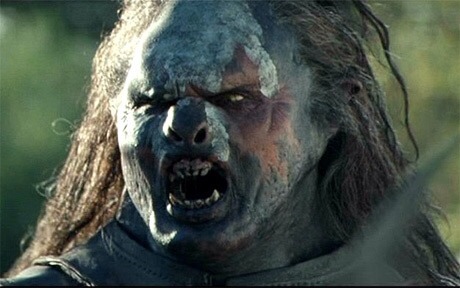 This time, things were different.

It is now around five months to what will probably go down in Church History as one of the most calamitous events ever, and there can be no doubt whatsoever where Francis wants to lead the Church: in a world where sound doctrine is paid lip service whilst the praxis contradicts it at every step: in the sacraments, in sexual morality, in social and economic matters, and in everything that does not conform to the times, or to the expectation of the secularised masses.

It is grave enough that sacrilege will be officially opened the door of the Church – in “special situations” that will immediately become the norm in large parts of the West – and the Sacraments made a mockery of. But you must also wonder whether this Pope will stop there. No, he won't.

The floodgates are about to open, and to throw a huge wave of mud on the Bride of Christ. What are we, as bloggers, doing to, at least, do our part to prevent it?

On the contrary, say I. Let us not wait what happens, and let us be divisive.

It is clear enough, what is happening: Francis is paving the way for a full-scale Modernist attack on the Church. He thinks, speaks and act like a Modernist because he is one of them. It is very clear that to him everything can be changed, if the “Spirit” – that is, himself – says so.

How can we, then, react to this to the best of our ability? My answer is simple: sound the alarm now, strongly and insistently. And do not refrain from exposing the man for what he is: a danger for Catholicism, a sower of confusion, and a buffoon.

The Synod is already happening. As I write this, we are all being “groomed” for the novelties to come. Novelties which now shock many faithful, but in five months' time will come to be seen as “inevitable”, or “a long time in the making”. Francis is already at it full-time, and many prelates are already following him. It's happening now, and we must shout our opposition now instead of waiting for the tragedy to happen.

It does not make sense to think “it will not be so bad”. Unless there is a huge uproar, or an extraordinary intervention of the Holy Spirit, it will be so bad! Can't you see how Francis becomes bolder with every passing month? When you see huge scandal in the making, do you speak against it or do you think “oh well, the Holy Ghooost is guiding the Chuuuurch for the beeest” like an old Pollyanna?

We can't give this Pope any slack, because he has not deserved any. If anything, he has made very clear there is no monstrosity he would not put into place, if he could. With his blabbering about not closing the door to the “Spirit” he has, once and for all, thrown away the mask. The Modernist machine is now working full steam, and we must not allow this and him to go unpunished – yes, unpunished – because he is the Pope. Yes, he is the Pope. Which is why the situation is so grave, why he is so gravely culpable, and why we must see him as the worst enemy of Catholicism.

Corruptio optimi pessima. Francis is certainly not optimus for any particular virtue of him – which he does not have -, but because of the absolute preeminence of his earthly position. A Pope sabotaging Catholicism every day is what the Germans call GAU, Größter Anzunehmender Unfall or the worst possible (nuclear) catastrophe; and the nuclear plants that gave rise to the expression are very fitting for our situation, because a huge accident is about to happen in the Vatican Power Station, and mad or evil men have taken control of it.

Francis is a popularity addict. His religion is himself first, Socialism second, himself third and fourth, and Christianity nowhere. What to do?

Mock him, ridicule him, let him drown in a sea of laughter and scandal. This is what is most likely, or least unlikely, to stop him or at least put a brake on his devastation. If every day thousands of Catholic blogs were to openly ridicule Francis, this would have two very salutary effects: it would show Francis he is the Kasperle (how fitting) of the sound Catholic world, and it would contribute to cure a large part of the Catholic masses from the Papolatry that has afflicted the Church for so many decades now. In time, the phenomenon would be registered by the mass media. At that point, Francis would have failed, and he would stay there like the old dangerous or evil nincompoop he truly, truly is.

This is not your usual Pope, to which the usual rules of utter deference apply. This here is a new breed of Pope. If bad Popes of the past were orks, Francis is a Uruk-hai, and he will get away with absolutely everything – on this earth at least – unless we react to this new threat in a way proportionate to it.

We are, as I have already written, at the point that Francis has brought such disrepute to the office, that to criticise the man is the only way to defend the office. Ridicule him, so that the contrast with a decent Papacy and his predecessors may become more evident. Mock him, so that his delirious novelty may be discounted before he even opens his mouth. Make of him a laughing stock, so that you will hit him where he is hurt most effectively: in his boundless vanity.

The past should, in this, be our guidance. Faced with an unprecedented threat, St. Athanasius – and, if memory serves, St. Eusebius too – began to autonomously appoint bishops. That, my friends, is a tad more extreme than calling a clown a clown. But Athanasius knew the situation was too grave to waste time wondering whether he would be accused of “schism”.

Christ here. Liberius there. This is all Athanasius needed to know.

Do not be afraid that, if we do so – if we start to become openly dismissive and mocking of Francis – he will dismiss his critics and everyone who is vaguely orthodox as “the baddies”. He does it already! All the time! Let him, then! Let him accuse his critics of “gossiping”! Sound people will see through his lies and, in time, they will grow in number.

Imagine Francis getting up in the morning and knowing he wil be the laughing stock of thousands of demonstrably orthodox Catholics bloggers, read by millions of readers. It would soon spread to the newspapers, and from them to the general consciousness. It would soon destroy his credibility by every thinking person.

The first Pope who is so bad, that Catholics mock him. How's that for a business card?

Enough with pretending this is a somewhat naive pastor, or an innocent province priest desirous to serve the Church. This is a wolf in ship's clothing, his religion is social justice, and his Trinity is Me, Myself and I.

Wake up to reality, take the sword, and react to this in the only way we can.

When talking of enemies, there is a rather well-known phrase in Italy: una risata li seppellira', or “one laughter will bury them”. I always thought this phrase very apposite, then after real weapons nothing is more effective than ridicule. Particularly so, when the hearts and minds of countless distracted or poorly instructed Catholics is at stake.

Wake up to the reality of this Pope. No more Mr Nice Blogger. It's time to get to the keyboard, and start using it like a sword.

Posted on May 14, 2014, in Catholicism, Conservative Catholicism, Traditional Catholicism and tagged Kasperites, modernism in the church, Pope Francis. Bookmark the permalink. 31 Comments.