← Pope Benedict Defends His Abdication
The Rosary, The Pope And The Samba School →

Bursting The Bubble On Pope Rapunzel. 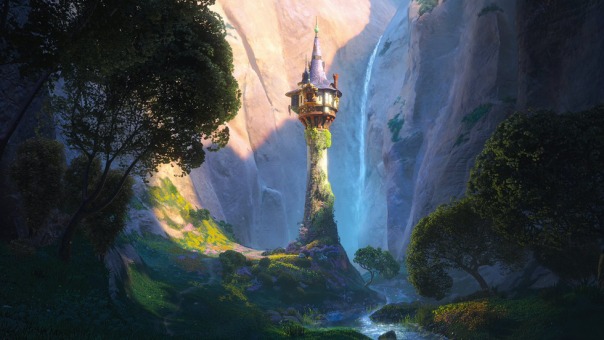 Pope Benedict’s new Vatican residence in a rare image. It is widely believed that growing his hair will take some time…

There are stories around about disquieting events, possible death threats, invisible mafias, and disposable Popes. They are, if you look at the hard evidence, based on nothing. I mean, not even hot air. Hot air is, at least, something.

The theory (whispered and implied, but not stated; because no one can even say that he has reliable sources telling him so) is that Benedict was put in front of the choice: either you resign, or you die. Then the good Benedict would have decided that it is better to resign than to die, because if he resigns instead of dying it is somewhat better for the Church, and there will be less strife. The Church doesn’t really like poisoned Popes, you see. She prefers them alive.

This is so outlandish I cannot understand how serious journalists may even entertain the thought. Unless it be because they are, well, journalists.

Let us state the obvious for the benefit of the highly impressionable, and say why it does not work.

1. The Pope is a powerful chap.

We are not talking of a jail inmate in some Hollywood movie here. If the Pope had any inkling of threat, he would remove anyone suspected of being even remotely involved to the furthest part of Botswana, and to the most inaccessible monastery near the Tierra del Fuego. He would be able to trial and condemn anyone involved, or suspected of being involved, with appeal only possible to… him. He would be able to remake the entire papal household overnight, get a food taster, provide for abundant personal protection, and live more protected than Saddam Hussein before Dubya came on the scene. Would Benedict be too weak for that? Reflect on this: he had his butler arrested and kept locked for months for a mere matter of leaks to the press: so no, he wouldn’t be.

I am utterly incensed at the insult made to Benedict by those who even think that he could yield to this kind of pressure. To think that a Pope – and a Pope of 84 to that – would be afraid to die is plain senseless. Particularly so in the case of a man like Benedict, about whose moral integrity I truly hope none of my readers has any doubt. Benedict has never been John Wayne in his role as a Pope, and I do not think anyone ever expected him to become one; but to think that he would yield to pressure in order to save his life is outright offensive.

3. Resignation would foster strife instead of quenching it

Now: let us imagine, with a huge effort, that Benedict is neither powerless nor coward. He would, the conspiracy dreamers say, still have to resign if he thinks there will be less strife within the Church than if he were to be killed. Heavens, what do people smoke in the morning?

Firstly, no man of any integrity at all, and much less a Pope, would ever weigh the pros and cons of yielding to blackmail. A Pope, of all people, would know that in a case like that no double effect is conceivable, and no “lesser evil” is allowed.

Secondly, how does a Pope forced to resign by a supposed gang of criminals help the Church in any way? Such an event would open the door for the next threat, the next resignation, the next invalid conclave. It would, in fact, not only call into the question the legitimacy of any future Pope, but even of many past ones! The tales about Pope X or Y being elected in Conclave and then forced to immediately renounce by a bunch of Yakuza-Cardinals are around already. There would be no end to tales. It would be a mess with no end. Speaking of her as if she were alive: not even Amy Winehouse at her drunkest would have considered this a sensible option.

4. The Pope is threatened and obedient, but rather capricious.

So the Pope can be forced to resign, but he can’t be forced to say he is not Pope anymore. He therefore stubbornly decides to take the title “Pontiff Emeritus”, and those who can easily poison him each and every day do and say nothing. They just allow him to send a very subtle message to the world that says: “look, world! I am a prisoner! I am Pope Rapunzel! Someone get me out of here!”.

If Benedict had been – absurdly – forced to resign, he would have – logically in this absurd scenario – been ordered not only to resign, but to prevent any doubt about the legitimacy of his successor. He would have become a retired bishop, with no diocese like any retired bishop, and would have been known simply as such. If you want to depose the King, you take care he is not seen as King anymore afterwards.

Come on: in this absurd scenario, the best thing to do would be to dispose of Ratzinger post-haste, a couple of months after his resignation took effect.  Old and frail, and all that. The decision to resign was very wise. He saw the end coming, and wanted the Church to have a strong Pope. A “Sicilian Coffee” * and the problem is out of the way. To say it with Schopenhauer: Obit Anus, Abit Onus...

But no. Benedict not only lives, but thrives. He is in better health than ever. He answer to journalists, and debates with atheist journalists/philosophers. He makes clear there’s nothing wrong with his resignation.That everything is normal. That it was his decision.

Benedict has lived from very near the pitiful spectacle of the last years of JP II; an impotent Papacy in the hands of those most able to get into the half-gaga graces of, so to speak, Pope Theoden before Gandalf arrives. This, he rightly thinks, is poison for the Church. If he were to become Pope, something like that would not happen under his watch. When he sees his forces vanish, he would prefer to resign rather than go on to the bitter end, and follow the strange idea of JP II’s according to which the entire Church should be left without a guide so that one man can show the world how brave he is. Which always sounded strange to me also because had he resigned, his cross would not have become lighter in the least.

You may disagree or not with this thinking, but Benedict has never made of mystery of it, and made statements to such effect as soon as 2005.

There’s nothing strange in his resignation. It made, and it makes, perfect sense. If he only had chosen better Cardinals we would not be having have this conversation, at all.

Why has he, then, chosen to remain “Pontiff emeritus”? Well, he has said that, too! Because he did not want to smell of Celestine! He says: “I am not in the condition to continue anymore, but I am not discarding the papacy like an old sweater. I am the Pope Emeritus like a Professor is emeritus; not the owner of the office anymore, but one who once had it and does not discount his past role, does not wash his hands of it”.

Again, you may disagree with this or not, but it makes sense. Benedict is a cerebral guy. He thinks about things. He thought and decided that one cannot “un-Pope himself”. That’s all there is to it.

This is not strange at all. It is part of common thinking. In Italy every former PM and every former President of the Republic are both called “Presidente” for the rest of their lives! No one ever thought that there was a multiplicity of Prime Minister and Presidents in place! It is a tribute to the high office, not a statement of multiplicity of offices!

So. This bubble is burst.

Back to business, and to sanity.

Only sane comments will be published.

* you don’t know what a “Sicilian Coffee” is?

← Pope Benedict Defends His Abdication
The Rosary, The Pope And The Samba School →
Loading Comments...