← Amnesty International Complains About Anti-Muslim Bias
No Sense Of Shame: Brothel Without Boobs →

No, It’s Not For “Being Gay” (Caution! Disgusting Photo!) 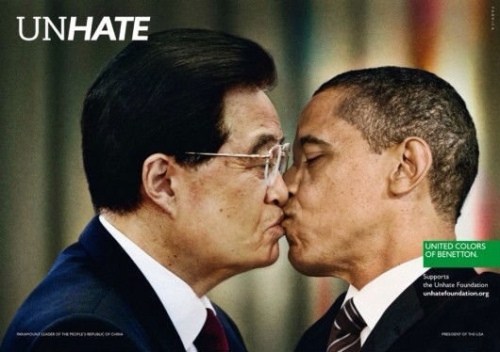 Amnesty International is begging for money on British public transport, informing us that “a teenager faces a death sentence for being gay”.

The ad continues: “will you send a text?”

Oh, Aaahh, uhhh, who would not send a text in solidarity to the poor teenager?

In littler fonts, we are then informed that in ten countries, people can be put to death for “loving someone of the same sex”.

Oh well, it's not about “being gay”, then. It's about Sodomy! A criminal offence in all civilised Christian countries, when they still were both!

Now, we can disagree about whether the death penalty might not be a tad too harsh. I personally think it is far too harsh; but by all means, feel free to disagree. It's a sin that cries to heaven for vengeance, anyway.

All this is, though, conveniently forgotten by our atheist, Morality-free friends. They suggest, instead, that you text a certain number, after which Amnesty will have another plug possibility everytime they think, or suspect, that someone, somewhere, may, or might, be at risk of being executed for “being gay”. I'd love to have the statistics about real executions, by the way.

Hardly a genocide, I am sure.

If you know any Christian friend or relative of yours who is inclined to give money to these people, you may want to educate them to Faggotry International's agenda: the shameless promotion of heathenism and sexual perversion as a way to get to your wallet.

No, it's not for “being gay”. It's for being a sodomite. A very free choice, that requires overcoming a very strong and very natural sense of disgust, and which is very painful anyway.

I won't send my text. My phone will stay faggotry-free. Fag chappy will have to keep his perversion under control.

← Amnesty International Complains About Anti-Muslim Bias
No Sense Of Shame: Brothel Without Boobs →
%d bloggers like this: