← Heathen “Morality” And Cowardly Clergy.
SSPX: Declaration On The Occasion Of The 25th Anniversary Of The Episcopal Consecrations. →

The Wrong Kind Of Joke. 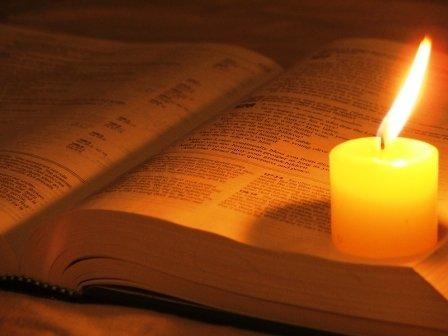 And the LORD God caused a deep sleep to fall upon Adam, and he slept: and he took one of his ribs, and closed up the flesh instead thereof;

And the rib, which the LORD God had taken from man, made he a woman, and brought her unto the man.

And Adam said, This is now bone of my bones, and flesh of my flesh: she shall be called Woman, because she was taken out of Man.

Therefore shall a man leave his father and his mother, and shall cleave unto his wife: and they shall be one flesh.

From the Disgrace-in-Chief’s interview to Il Messaggero (another left-leaning newspaper, if you want to know): the first Q&A is reported only to give the context. Please focus on the second Q&A. Emphasis mine.

M: You speak, perhaps, little about women, and when you speak about them you take on on issue only from the point of view of motherhood, woman as spouse, woman as mother, etc.  But women by now are heads of state, multinationals, armies.  What posts can women hold in the Church, according to you?

Francis: Women are the most beautiful things that God created.  The Church is woman.  Church is a feminine word [in Italian].  One cannot do theology without this femininity.  You are right that we don’t talk about this enough.  I agree that there must be more work on the theology of women.  I have said that we are working in this sense.

M: Isn’t there a certain misogyny at the base of this?

Francis: The fact is that woman was taken from a rib … (he laughs strongly).  I’m kidding, that’s a joke.  I agree that the question of women must be explored more deeply, otherwise one cannot understand the Church herself.

What on earth is this?

1) What is the joke? Is he joking about his provocative (but truthful) answer to the woman, or is he saying that the word of the Lord is a joke?

If it’s the first, it smells of great cowardice not to explain things to the end, and make clear a couple of things about the God-given order of the Universe, and the equality of dignity in the diversity of the roles (look, I am quoting a V II Pope here).

The problem is, Francis says it in a way that will induce many to believe that he thinks the Genesis account is a joke . This is so like Francis, I am not surprised.

2) So, the Church has not understood itself for 2000 years? And will not be able to do it unless and until she “explores more deeply” the “question of women”? Why does this man think that there be any “unexplored question” concerning women? Did the Blessed Virgin feel she did not know enough? What about the great female saints, and the countless saintly women who have lived a life fully deprived of “deeper exploration” these 2000 years?

Can’t you see that Francis is once again selling the Church to the enemy with honeyed and suggestive words implying that the Church of Christ has some homework to do to satisfy some, well, unsatisfied feminist?

← Heathen “Morality” And Cowardly Clergy.
SSPX: Declaration On The Occasion Of The 25th Anniversary Of The Episcopal Consecrations. →
Loading Comments...