Now, More Than Ever 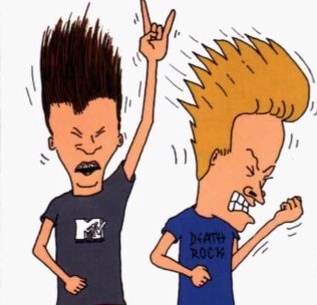 Father Blake has the usual interesting reflections about bloggers becoming less active of late, and concludes that, faced with the present Pontificate, many may prefer to scale down the activity.

I have not noticed any dramatic decrease in the blogging activity of the bloggers I follow; but the bloggers I follow tend to be a rather tough bunch, certainly not inspired to be silent by the barrage of heresy they are now confronted with every day. On the contrary: the heretical bullying of our Bishop of Rome and of the other prelates is met, in case, with clearer words.

Oh, if I had had a blog like theirs when I was lapsing from the Church. Oh for people around me ready to make clear to me that the bunch of idiots now running things are but a momentary flatulence in the digestive process of a Church that will expel all these heretics out of Her bowels, and will let them fall in the deep of the canalisation and, from there, in the mouth of Satan, where they belong. Oh for people ready to call a heretic a heretic, and an idiot an idiot, and a clown a clown, irrespective of their wearing the habit. But most of all: oh for brave people making very clear to confused Catholics that Truth can never change, and those who tamper with it will, bar an always welcome but not very probable repentance, pay the most horrible price for their insolence. Truth is an immense block of granite. The likes of Bergoglio and Baldisseri are merely stupid teens in Beavis and Buttheads style; they scratch at it with forks and dirty it with spray paint: thinking, in their arrogance and stupidity, that they will make any permanent change to it. Beavis and Butthead against Christ The King, that’s what it is. The outcome is all too predictable.

I read the reaction of Cardinal Baldisseri to the poor Italian priest expressing himself in an extremely soft way about public adulterers, and wonder when the likes of Baldisseri will own allegiance to Satan overtly, as they do it covertly, but with such rage, now.

These people have now become so shameless in their bullying, that of all times this is the one that should see blogging activity increase, not decrease.

Picture the usual halfway formed Catholic – or Christian – unable to understand what is happening, not well formed enough to mount his own reaction, and with the nagging suspicion that there is, in the end, no difference between the Church and a political party, ready to shift “priorities” as the mood around them changes. And therefore, no Truth. And therefore, very probably, no God. One blog, one blog only can make a huge difference in such lives. Then, they will say to themselves, I am not alone. Then, there are many like me. Then, there is a lot to learn and read, many other blogs like this perhaps! Perhaps books, and fora, and conferences! Then, Truth has not died!

Oh, how I yearned for information like the one I hope to spread with my blog; how would I have delighted in a call to battle with my fellow soldiers, rather than calls to be a nice neighbour who never kicks the cat, loves peace, sounds at all times like a man of questionable virility, and never forgets to water the plants.

True, we all had the Gospels. True, self-evident Truths were as self-evident then as they are now. But for most people, including myself, it takes the clarion call to discover the one and the other; it takes the place where one can go and be told: “we are not in the business of appeasing here; we are in the business of fighting for Christ. You will lose friends and acquaintances, you will be considered a very strange man and a hypocrite; you will be belittled, provoked, perhaps worse. But the Truth we fight for, it has already won; and may we, with God’s grace, avoid going down the canalisation, and in the mouth of Satan, like those stupid grown teens”

Now, more than ever, it is the right time to blog. Now, more than ever, it is the time to find harsh words against the Jezebels who prostitute themselves, and dare to prostitute the Church, to all kind of evil; against the army of prelates now competing with each other in becoming the willing accomplices of prideful adulterers, and shameless sodomites. They do it so that their own popularity may be increased, so that they may have a life of privilege and power, uncaring of a God in Whom they do not believe. But He looks at them, and will deal with them at the time He has appointed.

Some of them will repent, but the rapidly soaring tone and scale of the attack should leave no doubt in the mind of sensible people about the scale of Satan’s offensive. The 13 March 2013 marked the start of this offensive, and now we see the military operations in full preparation for an almost unprecedented, all-scale attack, that might well start in October and, let us make no mistake here, is coming to us in any way,without fail, unless the Lord calls an end to this madness first.

Love for the Church requires, it demands from us a righteous anger in direct proportion to the attack moved against her; the minions of Satan daring not only to confuse with weasel words, but – as in Baldisseri’s case – to openly attack with great virulence obvious expressions of Christian orthodoxy, and good priests trying to do their job, must be openly confronted, and presented to the confused, but hopefully thinking Caholic readership as the traitors, the bullies, the friends of the Enemy they are.

Whenever you read about one of them, reinventing Christianity for the sake of their own popularity, think of it: they are but temporary flatulences in the digestive process of the Church. The Church, accustomed from the start to deal with toxic waste, will expel them from Her bowels all right, like so many before and after them; to end up down in the canalisation, and in Satan’s mouth, where they belong.

The Unholy Father has regaled the media with another exercise of humbleness that, in fact, enhances his perception in the world as it damages the reputation of the Church.

I am, hopefully, not the only one who says that these disgraceful things must be put in context (in this country the BBC, the NHS and the very corridors of Westminster are now under scrutiny for events happened several decades ago, and which had been covered under a thick layer of silence), and that it would be high time that the Church – and therefore the Pope – would stop accepting the role of the world's villain without any resistance.

But he doesn't, and looks rather good as he speaks of his “shame” for something for which he is not personally responsible. This should make for a couple of good headlines: “Francis ashamed of Catholic Church”, or the like. Atheists and perverts will like it a lot.

But wait: if Francis is so ashamed, he will be ruthless in his exposing scandals and caring that no wrong behaviour is covered up, surely?

How is it, then, that a certainly explosive 300 page report about homosexuality and sodomy within the Vatican takes dust – or, who knows, was perhaps even destroyed – under the watch of the suitably ashamed Pope oh so concerned that Truth emerges and Justice is restored?

Take it from me: this oh so ashamed, humble man is a six pound note.