The “religion of peace” Reblog … 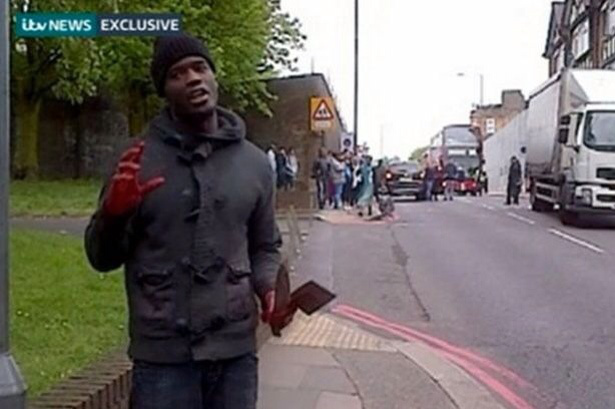 One of the two men who savagely butchered Lee Rigby in Woolwich (yours truly has reported) made a first appearance in court today. In an astonishing show of the level of stupidity now reigning among us, even the newspapers call him “suspect”. There is, in fact, the suspicion that the two men who remained near the man they had just butchered, inviting passers-by to take videos of their feat, might be involved in the fact; but we don’t know, of course. We merely suspect it.

This utter failing of common sense and sane judgment instantly reminded me of another phenomenon familiar to all Catholics: the near-inevitability of salvation. I wonder how many would dare to say today that a sane person shooting himself in the head without one of those very rare, extenuating circumstances to do so (say: the general who knows he will be tortured and executed after his…

Comments Off on Senseless Blindness

We are informed that 33% of “Catholics” are “very satisfied” with the LCWR, and only 4% “very dissatisfied”.

One truly wonders firstly if such surveys are worth one tenth of the money they cost, and secondly what it means if they are accurate.

“Catholic” is a very broad word in a world where even Nancy Pelosi says that she is a Catholic. In times of non-instruction like these ones, Gandhi would have a sky-high approval rate among Catholics. Yes, he denied Christ's Divinity to the end, but who are we to judge? One can, therefore, draw some conclusion about the 33% of allegedly so satisfied Catholics.

But then there is the other question: whether the people who have been surveyed knew what they were talking about, what the LCWR really is, the ideas the hags who compose it really promote.

Methinks, it is far more probable that the people interviewed still link the nun with her traditional image, activity and mindset. I cannot imagine many have any idea of who these people are in the first place. They approve of them because they approve of nuns, period. If only they knew!

But then again let us play this game and imagine that the people surveyed really knew. Does this prove that the hags are right? No. It merely proves that they are popular among people as bad as them. Not much of a discovery, methinks.

In the meantime, we are informed the Catholic world who allegedly likes the viragos so much does not want to be like them. Actually, it is condemning them to extinction. I do not think the figures (from 180,000 in 1965 to less than 50,000 today) give the real proportion of the hags's catastrophe as does the old age of those who are still alive and kicking, or rather screaming, and the conservative attitude of many young sisters. These women truly are bitching Dinosaurs.

Not even young angry lesbians want to become nuns of the LCWR type anymore. This truly says it all.

Comments Off on Bitching Dinos