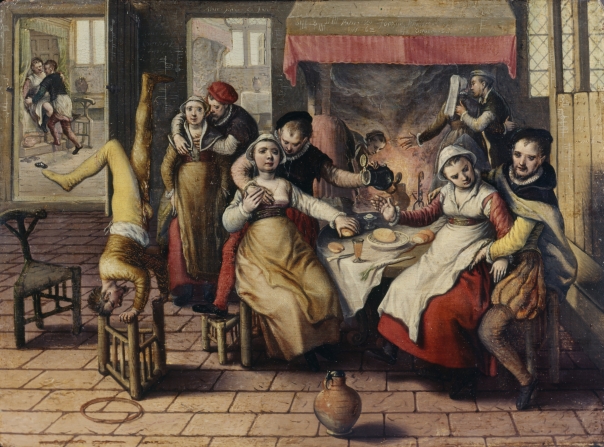 Moved to tears by the new religion introduced yesterday to stunned Catholicism (and, actually, Christianity) the world over, Yours Truly, who always wanted to be part of the Avantgarde and among the first movers in every new development, has decided to elaborate on what the Satanic Synod has told us yesterday, and offer paths of further reflection for the benefits of the followers of the new religion; obviously starting with the bishops who are responsible for that document, a real milestone in the birth of the Religion Of Mercy.

1. On our relationship with pedophiles

The question of pedophilia leads me to a serious reflection on how to elaborate realistic paths of affective growth for them. Pedophiles have gifts and qualities to offer to the Christian community: are we capable of welcoming these people, guaranteeing to them a fraternal space in our communities? Often they wish to encounter a Church that offers them a welcoming home. Are our communities capable of providing that, accepting and valuing their sexual orientation, without compromising Catholic doctrine on the protection of children?

2. On the affective growth of dog-mounters.

The Church affirms that unions between people and dogs – of the same or opposite sex – cannot be considered on the same footing as matrimony between man and woman. Nor is it acceptable that pressure be brought to bear on pastors or international bodies to make financial aid dependent on the introduction of regulations inspired by canine love ideology. Still, without denying the moral problems connected to human-canine unions, it has to be noted that there are cases in which mutual aid to the point of sacrifice (well known in dogs, but present in men, too) constitutes a precious material support in the life of the canine partner, and a very important emotional support – to the point of sacrifice: shelter, food,, vaccinations, holidays, and so on – in the life of the human one. Furthermore, the Church pays special attention to the children who live with couples in canine partnership, emphasizing that the needs and rights of the little ones must always be given priority to those of the dog. See also point 1.

3. On  our inclusion of incestuous couple.

There. I have it.

I hope my contribution will be eagerly accepted.

I like this new religion. It looks like I will be able to do whatever I please, and woe to those who do not “include” me.

Hey, I am neither a faggot, nor a pedophile, nor a dog-mounter, nor a mother-you-know-what.

Just consider how many gifts and qualities I have to offer to the community?

By the way (cough): I  prefer young, thin, blonde, and buxom.

Can’t wait for the welcome…

← Akita And The Synod, 10 October 1973 And 13 October 2014
Pope Francis Declares God’s Laws Obsolete, Appoints Himself In His Place →
Loading Comments...