How To Destroy A HereticalPope 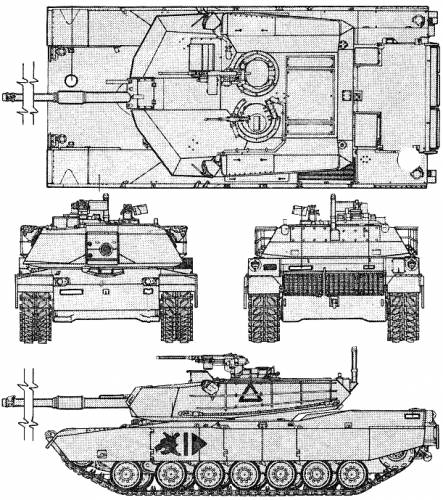 Do you know Italian politics? Well, you should. Or politics of all sorts, come to that. Then people are the same everywhere.

In every Country which calls itself “civilised”, the barrage against a person in a position of great authority, or even the chef (the Primo Ministro, or Prime Minister, or Bundeskanzler, or whoever  he may be) begins with absolutely damning statements along the lines of “he’s such a wonderful gardener”, “I love his choice of ties” or “his concern for  kindergarten teachers is just wonderful”.

This is the way people in position of power and influence criticise their boss in a way that still does resemble, very vaguely, some plausible deniability. But seriously, everyone who has a brain understands what it is all about. Newspapers thrive about this, because when what it is left unsaid is left unsaid very loud it can only be manna for them.

The game usually goes on – and I am sure this time is no exception – with the powerful (former) supporter stating that no, you all got it wrong; how could you misunderstand him; you naughty boys; of course, the Primo Ministro is so much more than a wonderful gardener! And there was, obviously, no intention to criticise in any way such a wonderful head of government! Who, as everyone knows, has been so successful, and has the undivided confidence of the entire nation!

In this way, the critic safely comes back in a covered position, after having launched the message for all the planet to see. The attacked, meanwhile, has no ways to mount an open attack against him. He looks revengeful if he acts, and weak if he doesn’t. The impression for everyone who has brains is clear: he is losing the support of his own people.

This is how politics works. If you do not understand these dynamics, I suggest you limit yourself to Mickey Mouse.

Cardinal Pell today launched what, for Church standards, must be one of the most scathing attacks launched on a Pope in modern history. A member of the “”Gang of Eight”, Pell is in charge of re-ordering the finances of the Vatican, both in terms of spending and governance. He is, therefore, at the very heart of Vatican power. But he also, apparently, believes in God, which I can’t say for the… wonderful gardener. Pell not only has the chuzpah to thunder, but he also has a newly acquired position from which Francis cannot remove him without looking extremely stupid even in the eyes of the Polyannas. This will get interesting.

Let us, then, read what the good man had to say about Francis. He was ill, so he sent a written address to the Summorum Pontificum fan waiting for him. I quote:

2. “The story of the popes is stranger than fiction,” […] [and today] “we have one of the more unusual popes in history, enjoying almost unprecedented popularity. He is doing a marvellous job making the financial reforms,”

The first cannonade is terrifying. Talking of a very contested Pope, the Cardinal reminds the Traditionalist faithful that… they should not be so shellshocked, because we have lived all this many times.

” But Mundabor! He does not mean it that way!”

But dear reader, oh yes he does!! No one in his right mind would, otherwise, have chosen to speak of the scaffold when everyone is talking about the convicted felon!

Not happy, the good Cardinal is mindful of those who would think, in their innocence, that he is not really making a comparison between Francis and his numerous heretical predecessors. Those, he decides to help with another generous helping of Traditional Tiramisu, if they are smart enough to appreciate the ingredients. He goes on praising a Pope who has made nothing else than headlines for his heterodoxy because of his… job as a financial reformer.

Oh, how this old heart laughs!

This is not even “damning with faint praise”. This is shooting with the cannon of an M1 tank, and then saying to Francis: “don’t worry, Frankie boy. It’s merely a bit of faint praise…”

I give you my reading of the events here. If I am right, you read it here first. If I am wrong, I have left my crystal ball home.

What I think is happening is that as Francis keep positioning himself as the “good reformer”, Catholic Cardinals start positioning him as the “heretical Pope”. All, of course, in view of the 2015 synod, which will be a real “make or break” for Catholicism as we have known it up to now.

Francis keeps spouting heretical drivel every day, and now his own cardinals start saying: “look, don’t listen to the old man, he is a disgrace that has recurred many times in Church History”. A dozen of orthodox Cardinals and Archbishops among the most prestigious can destroy this papacy, as it ha snot happened for now many centuries that Cardinals openly criticise a Pope in doctrinal matters. If Francis does not get this, then we are steering the biggest conflicts in many centuries, because I can’t imagine the Church remaining silent as an old lewd man walks and defecates all over Her.

If Pell’s warning shot does not make Francis understand that his own very cardinals are ready to call him heretical, I do not know what will. One of his own close entourage has just fired a warning shot so near to the target, that there can be no doubt he has the target in his sights, and will keep him there. If Francis still has a brain at all, he will understand that the warning shots are now landing increasingly nearer to the hotel run by the faggot, and he should prepare himself to run for cover if he continues with his heretical folly.

Obviously, the “counter-interview” will soon come. Francis here, and Francis here. So orthodox. We all love him. Wonderful Pope. What had you understood. Can’t believe it. Perish the thought.

But all those with ears heard it loud and clear.

We need tanks like him against Francis’ “Revolutionary War”.

The King, The Wolf And The Lamb 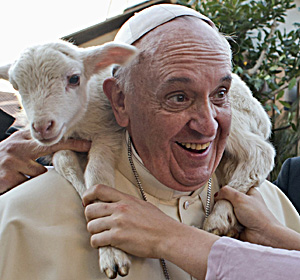 And here is Yours Truly wanting to write some short reflections about the feast of Christ the King, and comparing the Rex tremendae majestatis with the spiritual heroin of our times, the “religion of mercy”, of which Francis is pusher Numero Uno.

But why invest all the time, when Father Z already said it so well?

This feast reminds us that the Lord Jesus is indeed coming and that He will not come as “friend” or “brother” or “gentle shepherd” with hugs and a fluffy lamb on His shoulders.

Do not be deceived by the Lamb.

Realise that Francis is the most dangerous wolf in the whole forest.

Comments Off on The King, The Wolf And The Lamb

Reblog: The Turning Of The Tide

The Turning Of The Tide

Comments Off on Reblog: The Turning Of The Tide