There Is So Much Work To Do

I have, once, written a longish blog post about all those Francis and the others never consider: the good wife or husband left by the spouse, the good girl ridiculed by her peers, and so on. Alas, there are several thousand posts on this blog, and I could not trace it.
But it does not matter, because my thoughts were expressed so well by Mr Anthony Esolen, writing for The Remnant. Hat tip, as basically always, to Rorate Caeli.
Below is the link to this achingly beautiful article. So beautiful, in fact, that I wish to have not only the link, but the very words hosted, or I should say embraced, in my little effort.
Take the time to read it, and spread it if you can. One image in particular –  “Here is a girl at age twelve who has seen things on a screen that her grandmother could never have imagined” – struck me like a lightning, because in my innocence or stupidity I had never awakened to the fact. Shocking. But true, no doubt, in countless cases.
Take the time, I beg you, and spread the link below if you can.
There is so much work to do, as Francis keeps blaspheming.
Mundabor
——————————————————————————————————————————————–
Anthony Esolen, Remnant.
Forgive me, Lord, if I use your words for an admonitory parable. … That is why you came among us, to call sinners back to the fold. Not to pet and stroke them for being sinners… . … We do not have Pharisees who preen themselves for having followed the letter of the law and missed its soul. We have Pharisees who preen themselves for disobeying the law, even the most serious admonitions of the law, even your own clear words on marriage and divorce, while presuming to have discovered a soul-of-the-law whose existence has eluded two thousand years of martyrs, saints, popes, bishops, and theologians.

Let me speak for the children of divorce, who see their homes torn in two, because of a mother or a father who has shrugged away the vow of permanence. I see them straining to put a fine face on it, to protect the very parents who should have protected them, to squelch back their own tears so as not to hurt those who have hurt them. Who speaks for them, harried from pillar to post? Who pleads their case, whose parents conveniently assume that their children’s happiness must depend upon their own contentment, and not the other way around? Where is my Church’s apostolate for the children sawn in half, while the Solomons of our time looked the other way?
Let me speak for the children thrust into confusion, to justify the confusion of their parents or of people in authority over them. Here is a boy whose father is absent or aloof. He needs to be affirmed in his boyhood, but he shies away from the other boys. Then sidles the teacher into the garden of his boyhood to suggest to him unrealities that he cannot understand. Who speaks for that boy, lonely and hesitant upon the shore, while his more confident fellows splash and swim? Who comes to his assistance to supply the want of fatherly care? Which of my Church’s bishops in all their years have ever turned a single glance his way?
…
Let me speak for the children exposed to unutterable evils on all sides. Here is a girl at age twelve who has seen things on a screen that her grandmother could never have imagined. She is taking pictures of herself already, and making “friends” among the sons and daughters of Belial. This is happening under our very eyes. She goes to the drug store and must confront magazines for “women” blaring out their headlines about sex and what without any irony goes by the name of “beauty,” and nobody says, “Why should this be?” Who speaks up for her innocence?
…
Let me speak up for the young people who see the beauty of the moral law and the teachings of the Church, and who are blessed with noble aspirations, but who are given no help, none, from their listless parents, their listless churches, their crude and cynical classmates, their corrupted schools. These youths and maidens in a healthier time would be youths and maidens indeed, and when they married they would become the heart of any parish. Do we expect heroic sanctity from them? Their very friendliness will work against them. They will fall. Do you care? Many of these will eventually “shack up,” and some will leave dead children in the wake of their friendliness. Where are you? You say that they should not kill the children they have begotten, and you are right about that. So why are you shrugging and turning aside from the very habits that bring children into the world outside of the haven of marriage?
Let me speak up for the young people who do in fact follow the moral law and the teachings of the Church. Many of these are suffering intense loneliness. Have you bothered to notice? Have you considered all those young people who want to be married, who should be married, but who, because they will not play evil’s game, can find no one to marry? The girls who at age twenty-five and older have never even been asked on a date? The “men” languishing in a drawn-out adolescence? These people are among us; they are everywhere. Who gives them a passing thought? They are suffering for their faith, and no one cares. Do you care, leaders of my Church?
…
What help do you give them? Do you not rather at every step exacerbate their suffering, when by your silence and your telling deeds you confirm in them the terrible fear that they have been played for chumps, that their own leaders do not believe, that they would have been happier in this world had they gone along with the world, and that their leaders would have smiled upon them had they done so?
You want more? More people who do not merit a footnote? What about the men and women abandoned by their spouses? Have you stood up for their rights? What about the innocent men who, after they have been abandoned, become in effect slaves to a corrupt and lawless regime? Have you stood up for them?
…
Who speaks for the penitent, trying to place his confidence in a Church that cuts his heart right out, because she seems to take his sins less seriously than he does?
Venturing forth into the margins, my leaders? You have not placed one toe outside of the plush rugs of your comfort. Do so, I beg you! Come and see all those whom the Lonely Revolution has hurt. Leave your parlors and come to the sheepfold! 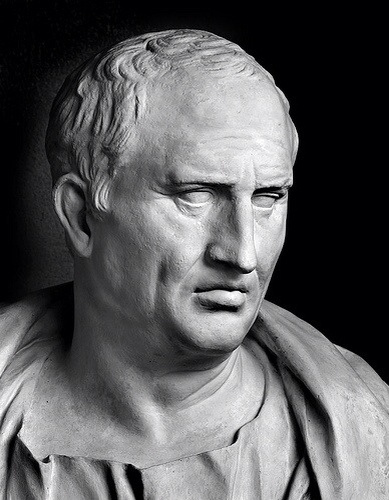 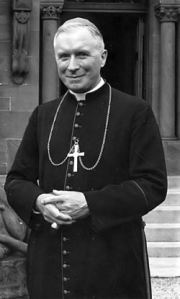 We live, thankfully, in times when Catholicism is giving timid but clear signs of recovery. The Internet was, if you ask me, the starter engine of such movement. The Internet allowed more and more people to understand that they are not alone and that the dumbing down  of Catholicism and its reduction to a bunch of slogans for kindergarten children caused suffering to many others.

The rest came from there; the amount of books available, and of traditional Catholic sources directly on the internet, would have been inconceivable only a few years before. If you were born in Italy or France or Germany a couple of dozen years ago, either you were really angry or the mainstream outlets (the popular book stores, and so on) would not have given you any alternative to the blandness and effeminacy of the Vatican II/Assisi/pacifist/social justice crowd.

The Internet changed all this, and with… 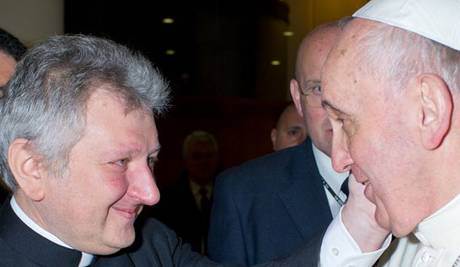 “If one is a faggot and touches me inappropriately, who am I to judge?”

I have thought at times of making a full list of all the stupid – or worse – things Francis has said and done, and I have written about (which means: by far not all of them). Alas, the task would keep me occupied for a long time.

Thankfully, every now and then partial lists appear.

The last one is here, Hat tip: reader Olga Abounader.

Whilst there are some slight imprecisions (the document that caused the outcry at the Synod is the interim document), it makes for a very accurate and very chilling reading.