A Time For Choosing

The following two messages have been posted on my comment box:

I receive monthly newsletters from David Rodriquez who is Father Michael’s brother. I have had correspondence with Father Michael and was most saddened by the e mail below that I just received:

As of yesterday, November 10, 2014, Fr. Michael Rodríguez, is no longer the Administrator of Sacred Heart Mission in Shafter, TX. He has been given a six-month sabbatical in order to discern God’s Will for the future. Fr. Rodríguez remains a priest in good-standing of the Diocese of El Paso. He will most likely be looking at options for priestly ministry beyond the Diocese of El Paso. Fr. Rodríguez has been offering the Traditional Latin Mass exclusively for the past three years, and this has led to increasing difficulties for him with the local hierarchy. Fr. Rodríguez asks for your prayers, and he especially asks you to pray for the small group of faithful (about 50) of the Presidio-Shafter area who are heartbroken over the loss of the Traditional Latin Mass and parish life based on the Traditional Latin Mass.

Admittedly, Fr. Rodríguez is in a very difficult situation. On the one hand, he intends to do his best to be obedient to his bishop. On the other hand, Fr. Rodríguez is convinced that God is calling him – through the Church – to dedicate his priesthood and all his energy and strength to promote the Church’s greatest treasures: her timeless liturgy and doctrine. Both Popes John Paul II and Benedict XVI have acknowledged that the Church is suffering through a terrible crisis of Faith in the post-Vatican II era, and Fr. Rodríguez, as a loyal priest and son of the Church, cannot stand idly by in the face of such widespread disparagement and abandonment of the Catholic Faith.

In making any decisions for the future, Fr. Rodríguez is begging God to purify his motives, so that he may act, first and foremost, out of love and fidelity to Jesus Christ and His holy Church, and for the salvation of souls. As a loyal son of Holy Mother Church, Fr. Rodríguez is 100% committed to following, teaching, promoting, and defending her Traditional Mass (holy liturgy) and her unchangeable truths (holy doctrine), e.g. the sacredness of marriage, the indissolubility of marriage, the grave sin and intrinsic evil of homosexual acts.

In a few days a number of us will begin a continuous series of nine-day novenas imploring the intercession of Our Lady and the saints on Fr. Rodríguez’s behalf. I will email more information on that in a few days. Moreover, we will pray a 54-Day Rosary Novena on his behalf from Dec 10 – Feb 1, that is between the Marian feasts of the Immaculate Conception and the Purification of Our Lady, (also the feast of Our Lady of Good Success). We invite all to join us in offering these prayers. Thank you very much for your prayers and support.

(My comment) There is another traditional priest who has been asked by his Bishop to take « a six-month sabbatical in order to discern God’s Will for the future. » (One thinks of Deacon Nick Donnelly.) About one year ago, Father Michael Rodriguez had already been sent – as a punishment for defending the real Catholic truth – to the very « peripheries » of the US-Texan border, to Shafter which calls itself « The Ghost Town », guess why ! I mentioned this in a post of mine on September 28 this year on Mundabor’s Blog and I suggested to have a look at the Google Map in order to see the environment of Shafter. Here, in a very short time, Father Rodriguez has done a marvelous work – too marvelous ? – which is now shattered by his episcopos.

Tantumblogo and his informators insist that Father Rodriguez absolutely needs our prayers, and this with great insistance by asking Our Lady and All the Saints to come to his rescue. There will several Novenas be started for this priest without fear nor reproach, Tantumblogo will announce them in time.

I think also that we have to pray very hard in order to keep Father Rodriguez in good health. Effectively, I remember of exceedingly good Traditional priests, beloved by their flocks but violently aggressed by their hierarchy, whose health declined and finished quite young by death, like Fr. Gregory Hesse (complications of diabetes, died 2006, R.I.P.), Fr. John O’Connor (complications of cardiac arrest, died 2006, R.I.P.), Fr. Enrique Rueda (diagnosed with pancreatic cancer, died probably 2009, R.I.P.). There may be others, in the past and the future.

I hope this will not apply to Father Justin Wylie who has been sent (Sept. 2014) by the actual N. Y. Cardinal to a very difficult parish in South Africa, with a church which looks more like a chicken shack than a religious dwelling. Fr. Wylie has posted some photographes of the town and the church and asks for prayers.

Pray that Father Rodriguez may, during his forced silence – which, you can bet your cat, will not be limited to six months – discern what is better for his soul, for the good of Catholic souls, and for the Church of Christ.

I have an answer made of four letters (or five, if you use the Latin version):

The Other Lame Duck. 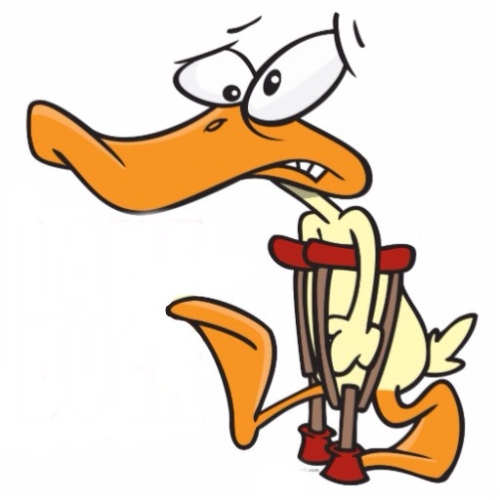 One of the most scandalous among the minions of The Most Astonishing Hypocrite In Church History, Arch Heretic Bruno “Faggot” Forte, has been very loudly defeated in the election for the Vice President for Central Italy of the Italian Bishop's Conference.

If you think that Forte was not the candidate of Francis, and the one discreetly pushed behind the scenes from the papal entourage, you should get out more. But you read this blog, so am I sure you are smart enough to understand the implications.

At the ballot, Forte was defeated 60 to 140. Which means that 140 bishops, a round and very impressive 70%, have basically thought that the candidate of the Pope is, as they say in Italy, impresentabile. Forte has, basically, lost far worse than the Democrats in last week's Mid-Term. Which, for the man of the Pope, is a great punishment indeed.

Still, I do not think this is the news of the day. The news of the day is that a group of Bishops has given another very loud slap – symbolically, of course – to the Humble Leader, who was thus informed that – even among the not-so-terribly-conservative Italian bishops – to be an obvious darling of the Pope now guarantees a high level of toxicity. Particularly so, when this particular toxic prelate was the author – at least the official one – of the infamous, aggressively neo-Pagan stunt at the Synod; and particularly so, when even my neighbour's cat knows that Francis was the longa manus behind the – repetita iuvant – neo-Pagan exercise.

Forte, in Italian, also means “strong”, or “aloud”. It seems to me that the adverb very well applies to the slap given to Francis today, by his own bishops, in a country he should have in his pocket without even a doubt, or a question.

Methinks, TMAHICH wanted to push his man to show that his brand of neo-Paganism is alive and kicking, and ready to strike again as soon as a suitable occasion arises. It has not worked. Again.

It seems to me that Francis is losing his grip on reality, and continues to smash his nose to the wall out of sheer mindless arrogance and inability to get simple facts in that thick skull of his. Reality seems to go past him unnoticed. If he is not on cocaine, he seems to think and behave like one.

This man cannot even rally the bishops of Central Italy behind his protégé, but wants to remake Catholicism and Christianity in his own image. Someone please suggest to him a long, long holiday; possibly far, far away.

Unless Francis manages to recover the semblance of a face, it is not entirely clear to me how he will be able to carry entire continents, and to defy Catholicism together with the minority of atheists and faggots who still are not ashamed to be seen as his allies. Heavens, he can't even push his own people! In his own backyard!

Obama is, most certainly, not the only lame duck around.