Let Us Not Be Afraid Of The “H” Word! 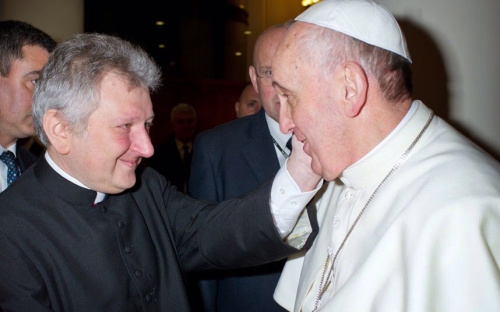 The picture of this Papacy.

I never tire to repeat that the misguided and deluded “sensitivity” of a world obsessed with “niceness” (“you brood of vipers!” How nice is that?) is what made the advance of the sodomites possible in the first place.

Words are weapons. A powerful barrage of clear, unmistakeable condemnation will always have a devastating effect of the enemy troops. It is only when the defences are down and the enemy is suddenly treated with respect, “sensitivity”, and even reverence that his advance is not only made possible, but helped every step of the way; helped in his march of conquest, in fact, by the very sissified army that should actually shoot at him.

Posted on November 20, 2014, in Traditional Catholicism. Bookmark the permalink. 3 Comments.