Of Cardinals, Interviews, And Atomic Bombs.

Excellent interview to Cardinal Burke, translated on The Radical Catholic. The interview merits to be read in its entirety because of the many interesting views of the Cardinal concerning Liturgy, Vocation, Catechesis and much more. As always, this man proves a blessing for the Church. May he, one day, wear a Tiara, and I am sure he would, in this case, really wear one.

As so often, though, Cardinal Burke shows the symptoms of a well-spread disease: the V II bug.

The leitmotiv of the Cardinal is that everything was pretty fine before the Council, and the big problemS started after it. This is as if I would say that Hiroshima was very peaceful in that late morning of the 6 August 1945, but the atomic mushroom caused untold damage. I would, in this case, simply omit to mention that an atomic bomb was dropped, which alone caused that atomic mushroom.

The bomb thrown in the middle of the successful, solid, well-ordered Catholic world was the Second Vatican Council. That it was an atomic bomb all right, and of planetary dimension, is abundantly clear from the radioactive Catholicism now spread in such vast parts of the planet. The bomb of Vatican II was dropped. Everything that followed from it had to follow like the atomic mushroom followed the dropping of the Hiroshima bomb.

The Second Vatican Council wanted to make the Church fit for a “dialogue” with the world. In order to do so, it had to deprive Herself of those element which, because the most Catholic, made such a “dialogue” most difficult. There is no better example of atomic bomb thrown in the middle of Church life.

Yes, the Novus Ordo can still be very reverent. Yes, a small number of priests will be exemplarily orthodox. Yes, sound catechesis will still be more than possible. But still, when you throw an atomic bomb you must expect an atomic mushroom, and it does not make much sense to lament the fallout without mentioning the explosion.

The Church must be cleansed from the radioactivity caused by V II. We must deal with the cause of the problems we see everywhere around us. Only the elimination of the roots of the problem will put an end to the current troubles. Without the radical extirpation of V II there will be no serious repair of liturgy, quality of clergymen, or catechesis, because all these problems are the direct consequence of what V II was meant to be.

I think Cardinal Burke sees that, though he would not say it exactly with these words.

It would be good if this thinking were expressed clearly in interview, because Francis has led things to the point where the origin of the trouble must be recognised and dealt with without any sense of respect for… an atomic bomb with a timer thrown in the middle of the Church.

The Hermeneutic Of Catholicism. 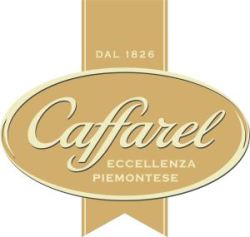 I fear that the ‘hermeneutic of continuity’ has become the preferred tool of well-meaning eggheads and not so well-meaning heretics, while the rest of us puzzle over what the Church truly teaches these days.

What we need today is clear and unambiguous teaching at all levels of the hierarchy that does not rely on hermeneutics, but rather relies on clarity, and shuns ambiguity. We need clarity with clearly demonstrated continuity in all communications.

Thus Pat Archbold in one of his very good reflections, in which he complains that good, solid, Catholic texts – like all the encyclicals before the dratted Council – do not need any “hermeneutic”, whilst the “hermeneutic” has now in some quarters become an excuse to deny the reality of texts that have little of Catholic in them. I fully agree, though perhaps I use the word in a different context.

Comments Off on Ding! Dong! Merrily On High