Not only Father Z quotes from this document with uncanny accuracy and timeliness; he even notices the document is not up in the Vatican website….

A number of blogging priests I follow seem to communicate in different ways that the majority of the bloggers. I can't say the message is hidden. Let's say it isn't shouted. It seems, in any way, reserved for those who can read among the lines; for the discerning minds to whom the motto intelligenti pauca always applied.

Enjoy the blog post and the beautiful words of Leo XIII, the Pharisee Pope.

Comments Off on Francis Declares Leo XIII A Pharisee.

Today, the joke known as the “church” of England has proceeded to the demolition of another taboo, and appointed the first joke bishopette.

It was a long march: in the Seventies, the joke “church” first stated priestesses were, in principle, a joke, and therefore not unfit for them. In the Eighties, the first joke deaconettes made their appearance. In the Nineties it was the turn of the joke priestesses, a concession obtained against the promise that there would never be joke bishopettes. In the Tens of the new century, we are there at last.

The next stops on the road to equality: the first transgender bishop, the first dog mounting bishop, and the first incestuous bishop. At which point cats and dogs owner will, no doubt, become very loud, defending the rights of their own good creatures against the lack of inclusiveness of the “church” of England. And why not, in the end. If you want to be inclusive, be inclusive all right. There were no cats and dogs among the Apostles, but no women either, so it's not clear why the discrimination.

Why do I tell you all this?

Because otherwise you wouldn't even notice, that's why.

The remaining Anglicans will also be relieved: now that their new bishops will soon be, to possibly 50%, wonderfully conversational, tea-drinking ladies completely allergic to any form of Christian orthodoxy, they will feel even more good as they go around completely ignoring Christianity as they do already.

In all this, the Country barely notices. The so-called c of E isn't even able to elicit any kind of mass approval when she does something so evidently anti-Christian. The masses merely notice (If they get the news) that the Anglicans are now even further away from Christianity and immersed in the world. No need to waste time on them, then: the world is around all the time anyway.

An irrelevant organisation wants to become “relevant” by being changed by the world it states it want to change. The irony does not escape the Country. A country which is barely noticing what those bunch of nincompoops are doing.

I am sure she is good at light conversation. 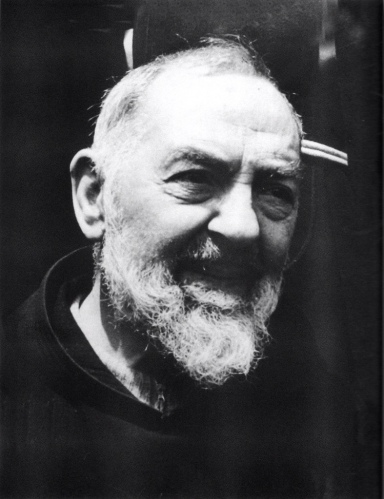 Once again, The Most Astonishing Hypocrite In Church History (TMAHICH) has produced himself in one of the circus numbers for which he will, when sanity goes back to the Church, be mocked and condemned until Judgment Day.

This time, he plants a series of bombs unusual – in the same homily, I mean – even for him. Let us see at least some of them.

The first bomb is the comparison of Pharisees with good Christians. The argument runs so: Pharisees were wrong in defending their customs against God Incarnate, therefore Christians are wrong in defending the rules – and the Church Christ gave us – against Francis and the new “church of mercy”. This basically declares Christianity wrong and pharisaical en bloc. It beggars belief.

The second bomb is the open invitation to a direct attack on doctrine and discipline, mentioned verbatim as something whose defence is wrong. This evil man is advocating the dismantling of Church Discipline and Doctrine. In more Christian times, he would have been burnt at the stake.

The third bomb is the generalised insult thrown to more than sixty generations of good Christian men and women; fallible and weak all of them, but certainly knowing the meaning of the words: “if you love me, keep my commandments”. In the Gospel According To Frankie, the words are reported as: “if you keep my commandments, you are Pharisees”. In a blanket statements, he indicts all of them, twenty centuries of good, observant Christians, including all Saints. Pharisees, all of them, with their clinging to doctrine and discipline!

This, from the man who said: “who am I to judge?” It beggars belief… again.

The fourth bomb – and this is, as far as I know, of a new type – is the truly malevolent, spiteful desire that people he doesn't like may fall in sin very hard, so that they may, in this way, learn humility. Pretty much like wishing that the good wife may go away with another man, or become a prostitute, so that her good Christian life may cease to be an offence to Francis, who will then enjoy her fall and patronise her with his “mercy” when she has become a whore. This kind of envious, malevolent, bilious Schadenfreude is masked only by the thinnest of veils – which isn't one: God allows the evil, he never wants it; therefore, God may never want for anyone to fall from grace -, but is still there in all its ugliness, for everyone to see, and it is proclaimed openly as something resulting from Francis' oh so good heart.

I will stop here with the bombs, because time is a tyrant.

If you let an old drunkard make your daily homily, you would very probably hear much better homilies than with Francis. Because it is to be assumed that even the old drunkard would not encourage you to belittle Church Doctrine and Discipline, would not wish for people to fall in grave mortal sin, and would not insult, more or less directly, all those who live and have lived according to the Commandment as much as they can. Sinner as he is, the drunkard would still encourage you to be as good as you can, and to follow the path of Christ to the best of your ability.

Not so with Francis, who encourages you to go against Church Doctrine and Discipline, and calls you a Pharisee if you defend them.

This Pope is an old, lewd, evil man. An enemy of Christ and His Church. A man whose arrogance is only surpassed, perhaps, by his own resentful mind. Thankfully, the Evil is so strong in him that it becomes very easy to see on which side he is. Which also means that those who still defend his antics are clearly endangering their souls, because at this point no thirteen year old boy could believe that if he is on the side of the Pope he can't be wrong.

Rotten through and through. This is the Pope we have.

May the Lord free us from this scourge this very day; for the good of the Church and of the many souls this man is accompanying all the way to hell.

We Three Kings Of Orient Are