Once In Royal David’s City

That one, a Pope? You got to be kidding me!…

As 2014 draws to a close, I cannot avoid reflecting on a fact very simple in its shocking reality: 2015 is the year that will see a conflict between the Church on one side and the Pope on the other not seen since the time of John XXII, pretty much 680 years ago.

But then I reflect on this: that 680 years ago there was no scarcity of Cardinals supporting the Pope, and the lure of office (power and  honours and, let us not kid ourselves, riches and women, at least for some of them…) moved many without shame or fear of the Lord to side with the Pope, and against sanity.

The Church is still there and, with all her problems, she is still very powerful, largely due to the excellent work made in the 100 years before V II.  John XXII is barely remembered, and he is actually completely forgotten outside of the world of the historians and history fans; whatever surge in popularity he may get now, it will be because of Francis, that is: for all the wrong reasons.

John XXII is dust, the Church is Granite.

May the average Catholic, in 680 years, look at the episode of Francis, The Dope Pope, with the same amused disbelief.

Comments Off on Amused Disbelief 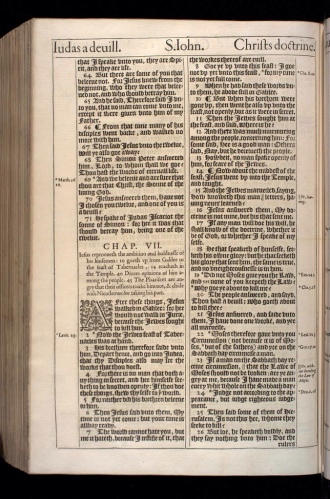 I have always mocked the modern “non-judgmentalism”; something completely extraneous to the Catholic world in which I grew in and, certainly, the poisonous fruit of Protestant faithlessness and accommodation to the times.

Christianity has, though, always not only allowed us to judge, but positively demanded that we do so. Not, of course, concerning the last destiny of a soul – because this is known to God alone, and would be a sin of presumption – but concerning what we can see in our daily life, and involving the choices we have to make for ourselves and those entrusted to our care.

A criminal rapes your daughter, and leaves her bleeding and unconscious in the parking lot. Shall you say “who am I to judge?” and “only God knows a person’s mind” concerning the rapist’s action?

A man blasphemes the name of the Lord: not in a moment of confusion – say: because he has just hammered his finger very hard by mistake – but with a lucid, deliberate, hostile intent. Shall you say that this is not for you to condemn, the Lord only knowing whether the man really, really, really wanted to blaspheme?

A woman proclaims loudly her atheism, and encourages all the present not to believe in what she calls “fairy tales”. Your son, ten years old, is listening. Will you tell him that her is an “opinion” that “must be respected”, although you personally “disagree”; and invite him to “not judge” her?

Non-judgmentalism is something for heathens, and the favourite food of reprobates. In many cases, it is the rancid fare of those who, rolling in mud themselves, think they are fine because they allow others to do the same.

Do not be deceived. If you are a Christian, you will have to judge all the time. Not only for yourself, as you compare Christian rules of behaviour with the facts happening around you; but for those entrusted to your care, to whom you are called to give a solid guidance – by example, yes; but also by instruction, exhortation and admonition; and yes, certainly by condemnation – as they themselves are confronted with the many challenges to a Christian soul.

To refuse to judge means to discard responsibility not only for one’s own spiritual wellbeing, but for the souls of those entrusted to one. Very soon, this refusal to judge according to known rules will become the discarding of those same rules, and their substitution for fluffy feelings and the acceptance of everything and everyone. In the meantime, the sons and daughters raised without guidance will start to go astray; and at this point, few parents will admit they have done all wrong. Most will talk of “bad choices”, of “phases”, or “heart in the right place”, and prefer to look the other side as their offspring march toward hell. But hey, who are they to judge?

Judge with right judgment, but judge all right.

The one who is most comfortable with you “not judging” is the Devil.