Ariccia and its bridge. You can see the protections added to avoid suicides.

You will ask why no nonsense from Francis was published today.

The answer is that it appears the man has gone in mini-retreat in Ariccia, a nice place outside Rome (note here: not Castengandolfo; that’s too much “Renaissance Prince”), with some of his bravi.

This one being a Jesuit, it is sold as a “penitential retreat”. Which, seen that we aren’t stupid, means that it is a strategic retreat to discuss in peace and without unwanted ears with his fedelissimi about what to do in the months to come.

I am often a tad too optimist, but I smell the pungent atmosphere of the film “The Downfall” here. Please consider that for one Cardinal Sarah who shoots with the cannon in all openness, there will be many who let their more discreet, but no less clear message come to the ear of the Unholy Father: you are playing with fire, and you won’t get away with it.

What to do, then? Continue with the “offensive of mercy” and hope both the bishops and the laity decide it’s the convenient thing to do, therefore they will support Francis? Or elaborate an elegant exit plan, by which the social issues and bla bla are slowly allowed to completely take the place of the Communion For Adulterers row?

Ariccia is very famous for two things: the porchetta and the bridge. The first is a traditional pork roast, of which the place is the undisputed capital. The second is a very tall, actually beautiful bridge, once notorious (and still known) for the suicides, and aptly called by the people “ponte dei suicidi”. 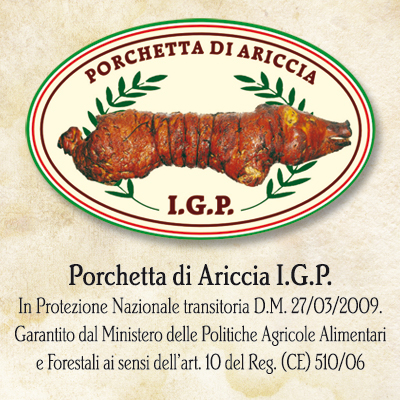 I do not doubt Francis will sample with gusto from the first. As to the second, no, I do not wish that to anyone. Not even to Father Rosica, who might well be present at the retreat to explain to the Holy father how his lawsuit against poor Mr Domet will be a wonderful example of fight against “careerism, arrogance, hypocrisy, corruption and being too judgmental instead of merciful”.

The only thing I know, is that none of the present will get out of it one ounce more Catholic.

Comments Off on The Strategic-“Penitential” Retreat

WordPress: The Multiplication of The “Followers” Explained

This appears on my blog as I write this. It truly suggests the idea that 2496 people are following my WordPress blog.

Some time ago, the number of those who “follow” me multiplied from around 180 to around 1600, or the like, can’t remember the figures now. I thought it was a mistake or a technical glitch. It made me feel bad, because it sounded like bragging of a following that is just not there.

The new “statistics” page of WordPress allowed to shed light on the matter. It is clear that WordPress lumps together one’s followers on Twitter, Facebook, email and blog itself, if one uses the “publicize” app that allows automatic posting of one’s blog posts on other platforms. At the moment I have 213 readers who follow the blog directly, and 207 who receive email notifications. To this, WordPress happily adds 1707 Twitter and 370 Facebook followers. Now at least the figures make sense.

It’s a fine line between factual numbers and inflated ones. If I tweet fifty times a day with jokes about the Irish and also post my blog post, what are my followers on Twitter really following? My blog? I don’t think so. They merely find the blog posts on my twitter feed, and they can’t (as far as I know) shut them out if they want to read the jokes.

In practice, my tweets and Facebook postings are actually almost exclusively blog posts; therefore, in this case one can say the one who follows me on Twitter or Facebook does it exactly because he wants to read my blog posts; albeit there would be duplications and triplications here which WordPress might simply be ignoring.

Well, I had posted about this before, so I wanted to close this matter. It still seems a tad fishy to me. If “the Catholic religion has 1.1 billion followers” is counted in the same way, we are in deep trouble.

But hey: who am I to judge?

The latest Pollyanna running around seems to be Andrea Gagliarducci, writing for a publication called Monday Vatican

This man Gagliarducci is admirable in that he has the face of trying, against evidence as big as Mount Everest, to persuade us that Francis is not a heterodox Pope, merely “naive”.

Example? The latest scandal of the homo group allowed to the Papal audience, called “New Way Ministry” or such like nonsense, with a clearly privileged position to boot. The man wants to persuade us that he is unable to see that Francis invited the perverts well knowing that they are perverts, and gave them places showing he would give scandal as much as he can, without too many risks for him; well knowing, too, that they would scream to … hell about their VIP tickets (which they are; near the Vatican authorities and the high prelates), followed by the Pollyanna running to tranquillise the scandalised masses, and persuading them that hey, the group is not called “Fags United”, so how can the Pope know? And they were not admitted to the baciamano, so they are, ahem, officially IPs, but not quite VIPs.

It goes always thus: Francis willingly gives scandal, and the Pollyannas persuade you he never ever wanted to do so; but you see, at times the man can be a bit… naive.

Naive? A Jesuit with 45 years of experience in corridor politics? Seriously, how stupid this Gagliarducci thinks we are?

I am, however, most angry at those who swallow this rubbish as if it was ambrosia, though. It truly is time to open one's eyes.

Enough with the Pollyanning. Let's start with the condemning. The promotion of the homosexual agenda tirelessly executed by Pope Francis cannot be met with stupid excuses. It must be met with explicit, vocal condemnation.

March For Life: Oh, The Embarrassment! 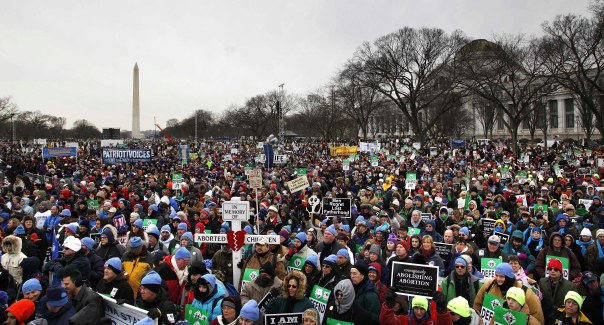 Watch here a video I found on my newly re-found Facebook page. I had seen footage of the latest march in Washington, but some parts of this throw, I think, an entirely different light on the entire matter.

Please also note the banners with the Blessed Virgin.

Imagine the embarrassment of the mainstream media at this footage. Huge crowds, Blessed Virgin banners, lots of families with young children. Tell the world of such a massive event? No! No! No!

Every damn “gay” parade would obviously get coverage, but not this, not this!

Heck, this is an embarrassment for the Bishop of Rome himself! All these people obsessed with abortion! Why did they not adopt an illegal immigrant instead?

Still: this is very, very encouraging. The more so, because it happens notwithstanding the neglect of the media and against the current “climate” in the Vatican, where even perverts are welcome.

And those banners of the Blessed Virgin, in Washington, in the middle of a very big march, they truly made my day.

Comments Off on Happy “I Wasn’t Aborted”-Day, Wendy Davis!