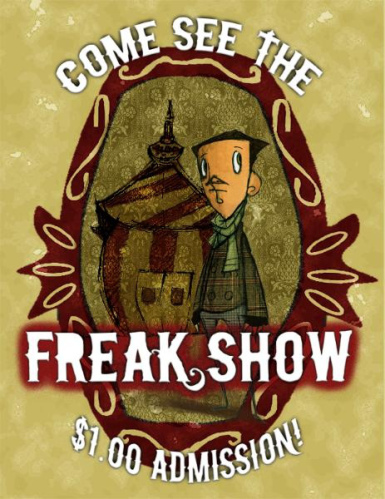 In another show of how some Presbyterians are exactly the opposite of Christians, we are informed a “transgendered” freak show is going to preach in a big Presbyterian so-called Cathedral, in an event to which the omnipresent Fag Supremo, Mrs Robinson, is also going to take part.

The amount of sugary nonsense waffled about by the organisers of the event is stunning. Not only is Christianity never to be seen – reminder: every heathen can be good to plants and dog puppies; but this is not what Christianity is about -, but it is transformed into its contrary, or I am tempted to say “transgendered”, by a purely self-celebrating worship of one’s perverted self.

Interestingly enough, the perverts’ organisations involved in the event say this is nothing special, and was “long overdue”. Which makes sense: in the world of perverts, being a pervert or a pro-perverts does not…

PCUSA Loses “Minority”, But Not Francis.

In a rather spectacular moves, Proddie Congregations representing 16 million Black Americans have severed ties with PCUSA. Most importantly, they have done so with extremely clear words, which clearly deny PCUSA the quality of even being “Christian”. Which, for the avoidance of doubt, they certainly aren’t.

As there are certainly much less than 16 million Presbyterian in the USA this does not appear to me to be a defection. Rather, it is an official declaration of the PCUSA paganism after the latter’s “embracing” of sexual perversion because Jesus was, you know, so repressed…

Well done, the Proddies! Perhaps this will be one step towards understanding that immutable Truth can only be solidly based on the Church Christ founded. All the rest is like being a small ship exposed to the ocean’s winds, and scattered here and there as the men at the helm try to keep the course amidst the mutable wave of congregants’ opinions. Compare with us Catholics, who have a granitic teaching at our disposal, set in stone and guaranteed by Christ And His Church, and which not even a pothead like Francis will ever be able to change (no matter what the pothead says).

It is, to this humble observer, very funny that the minority towards which most of the social justice rhetoric of the White Liberal is directed are those who condemn the same liberal white asses whose gospel has been reduced to sexual perversion and social issues (this reminds one of Francis, clearly). But then it’s always so: those who speak a lot of social justice are generally trying to hide the issues they have in the middle of their crotch.

Still: the (formerly) oppressed and downtrodden are the one who have the gut to call the lie on their white… white knights’ fake gospel and cry out loud: “shut up and repents, you pagans and perverts! You have no right to call yourself Christians!”. Hilarious!

Now, I do not doubt the Unholy Father is ready to give PCUSA all the patents of Christianity – and even of Catholicism, if requested; it is known he leaves the “details” to the “theologians” – they may desire.

This should lead us to some sad reflections about the Pope we are currently being punished with: formally still a Catholic, but a man whose entire forma mentis is, like the one of PCUSA, in perfect contradiction with basic Christianity.

I suggest the man converts to Presbyterianism.

He would fit very well over there.