The Field Hospital According To Sound Teaching 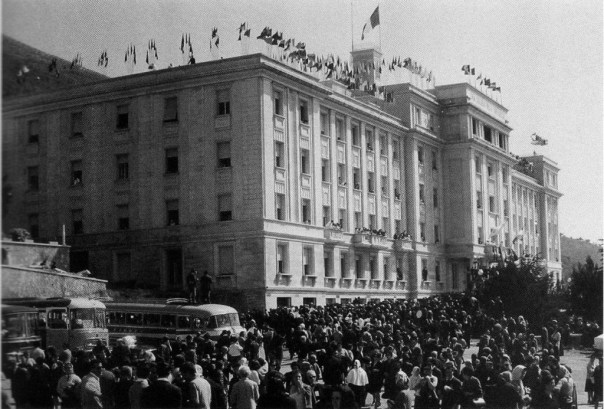 5 May 1956: Inauguration of the “Casa Sollievo della Sofferenza”, the hospital created by Padre Pio.

I never understood – it must be my lack of experience of the real thing – why the comparison of the Church as a “field hospital” should be something leading to heresy, or perversion of doctrine through other and more Jesuitical ways.

What is a field hospital there for? To heal the sick and wounded, I would say.

I imagine that in a field hospital no one looks to which army the wounded belongs: friend or enemy, the field hospital accepts everyone. Very fine. Beautiful. Utterly Christian.

But then, the absolute priority of the doctors in the field hospital is, I think, saving the patients’ life. If, to do this, very unpleasant things are necessary – things that would be unthinkable in less serious circumstances, like amputations – then the doctors go on and…

Francis, Jesus, And The Arms

With Frankie, no need for that….

Francis is stupid. He has the brain of a slow man without an education ranting at the pub. Only add microphones, and journalists.

Among the many senseless statements of the Pope there is the – recently repeated in Turin, but not new at all – sweeping condemnation of the arms industry.

But let us look at the Gospel:

Jesus states he has not come to bring peace, he has come with a sword. (Mt 10:34). It is clear even to my cat that the sword here has an extremely positive connotation. The sword is, symbolically, what Christ brings to us.

Poor Francis is and old nincompoop. If he weren’t, he would notice the huge statue of St. Michael the Archangel at the top of Castel Sant’Angelo. Brandishing a huge sword.

Jesus also ordered the Disciples to buy swords, at the cost of having to sell their cloak if needs be.

But now, he that hath a purse, let him take it, and likewise his scrip: and he that hath no sword, let him sell his garment, and buy one

It is obvious even to my cat that Jesus does not have anything against either weapons used as self-defence, or entire armies.

He actually even speaks of twelve legions of angels, directly referring to the Roman military structures (Mt 26:52). He could have said great multitudes, he said twelve legions. You are supposed to think of a huge, well-ordered, perfectly efficient, absolutely deadly army of angels, not simply “a great quantity of them”.

I have long thought alcohol may play a role in the ramblings of this man, and I have not changed my mind. However, when the man goes so far as to write an encyclical full of extremist rants and third-hand, fully discredited fake “science” you know that he does not need fernet to talk like an idiot, because in his sober state he fulfills the requirements brilliantly.

By the by, I have read a beautiful article about the sophisticated weapons of the Swiss Guard (The site? Arms.com! Oh the irony!) , and their training not only with modern firearms, but even with the old ones. These are people who could hack an aggressor with their own short swords, or make of them “aggressor on a stick” with their pikes, in no times. Using… what, again?

But Francis, who profits of the very weapons defending him; he is, as you all all know, humble and good.