This inscription is in the church of San Giovanni in Laterano, Rome’s cathedral.   “Omnium urbis et orbis ecclesiarum mater et caput”, “the mother and head of all churches of the city and the world” sounds rather apposite, here, in the broader sense.

A couple of Protestant blogs run by sincere (if wrong) Christians do me the honour of quoting me regularly, and linking to my site. When this happens, generally a “ping” appears on my message box. These pings appears to land in the message box whether one wants it or not, that is, whether the author of the message has said “send a ping about this” (which might be automatic) or not.  I receive an awful lot of pings about my own messages, and I haven’t the faintest idea now where I would have to go to disallow the ping, or whether this would be a smart thing to do in the first place. What I mean to say by this is that the authors of those posts might not want to attract my attention, but WordPress cares for that anyway.

I rather systematically ignore Proddie blog posts. If I don’t, it is because there are very fitting and pressing reasons to do so.  In general, I am of the opinion that no matter how good the good faith of the blog writer is, what is wrong is wrong and I will not – in general – post links to Proddie sites.

Still, every time that some Protestant blog links to me others will unavoidably follow the link, and land in what must seem to them, at least at first sight, a carpet bombing of Papist propaganda (and thanks, by the way).

I can only invite every one of those souls (and most dearly those eager souls writing their Protestant blogs) to not die in their Protestant error; to browse around the site and try to look at the One Church as what it is: the Only Shop, the one founded by Christ on Peter; to reflect whether what has up to now kept them outside of the only Church of Christ was not an inherited set of beliefs accepted as you do rain and wind, but never critically examined.

There have been no regularly established Protestant sects for fifteen centuries. What we have had is what everyone, including Protestants, calls heretical sects. The logical thinking of this very simple fact to the end should be enough to get one thinking. Never, for fifteen centuries, has anyone believed that he could be saved by faith alone, or that only scripture could be the basis of his Christian doctrine, without being considered heretic, and worthy of execution if needs be.

On the contrary, there has always been only One Church, and that Church the one Christ found on Peter. Nothing else could be called, ever, a church. Not with big C, not with little one. Read the inscription above again, and understand the very profound meaning; a meaning so obvious to every Christian for so many centuries.

I implore all those souls landing here from Protestant blogs – and most dearly those of the well-intentioned souls writing those blogs – to stop and give these lines a serious thought for five minutes.

Founded AD 33. And considered, for fifteen centuries, the only possible One Church by every Christian. By.every.Christian.

That’s it. That’s all you need to know.

Comments Off on Mater Et Magistra

The Nazification Of The West Goes On 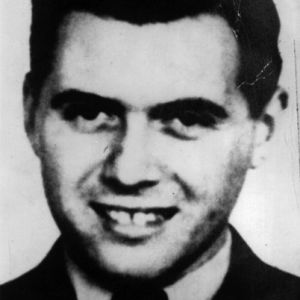 You will have to apply for the funds according to the established procedure, Dr Mengele…

This comes from here and I have the news from Barnhardt, here, via the usual, never enough praised Pewsitter.

The Nazification of Western societies is now at a very advanced stage, and it perfectly fits the degradation and degeneration of pretty much everything, from sexual mores to sexual thinking to elementary things like the ability to think, write, read.

You couldn’t make this up. But it’s not a creepy fantasy of wannabe Nazi scientists, it is the reality of our days.

After the scandal with the Planned Parenthood video, Planned Genocide were quick in pointing out that they don’t sell organs. I smell a huge fish here, and a very smelly one at that.

These cells are, methinks, “harvested” from aborted babies, then one very much doubts the liver of deceased, non-aborted (lucky them!) people would manage to make it out of mortuaries, this even imagining they would be fit for purpose (I am not a doctor, nazi or otherwise, so don’t ask me). That the partial amputation of livers from living humans for the scope of re-selling would be allowed is also beyond imagination (yet).

I have not vomited looking at the site, which means the times have made me rather retch-resistant.

I wonder, though, what kind of human beings are around, walking on the same earth as we do, sipping their coffee near us, reading the newspaper on the bus.

Satan is having a home run. Pope Francis is so worried about our A/C.

It is extremely difficult to find even orthodox catholics not willing to use to word “gay” to say “sodomite”, or “homosexual” for the inclination.

We appease the enemy. This is the result.