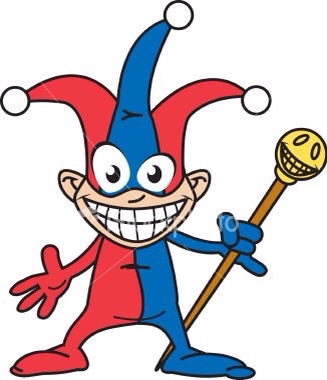 Pope mocks devout Catholics believing he is the Anti-Christ (of course not, the Anti-Christ will be smarter). He states he is no Anti-Pope (of course not, there is no Pope whose throne he would illicitly claim). He even states he can recite the Creed in order for us to be persuaded. (Of course he can, in fifty years of forced recitation p even the tickest head would manage to learn words in which he does not believe).

The doubts about whether this man has anything Catholic in him have now officially made it to the papal aeroplane. The man must give embarrassed, stupid and more than vaguely arrogant answers to questions that only three years ago would have seemed pure lunacy.

This is beyond parody. At the same time, it is the very real pontificate of Jorge Bergoglio, the Evil Clown.