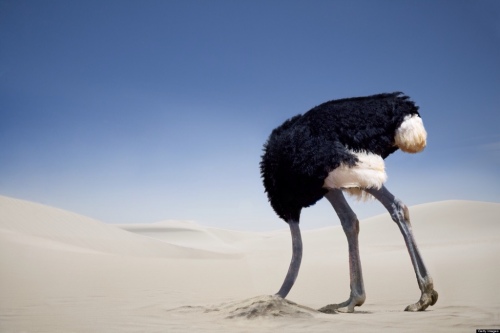 There was a time when no one in his right Christian mind would have dreamed to “shack up” and not fear the consequences of an unprovided death. Then the “pastoral” mentality came about, and suddenly more and more people were “provisionally” living together. But you see, thought their parents, they do intend to marry, “if all goes well”! So it's not really a scandal, is it now? Come on, God would forgive their son or daughter who die in mortal sin because they lurv, surely?

Give it a bit more time, and it is full of people who shack up and do not even plan to marry, because they “don't believe in marriage”. But you see, will those around them say (including an awful lot of parents, uncles and aunts), they have “their heart in the right place!”. If the Obama hits the fan God would, in His mercy, certainly not punish them! They are even members of the WWF. It would be as cruel as killing a kitten! God is merciful. They will be fine.

There was a time when Baptism was the first thought upon the birth of a child. Wolfgang Amadeus Mozart was born at midnight, and was baptised by ten in the morning the following day. Then came the time of “pastoral care”. Baptisms were postponed more and more, because you see, God being so merciful Baptism is not a priority. And then one is supposed to throw such expensive parties! Let's make it in three months' time instead. Or six. Or next year.

Give it a couple of decades, and Baptism is very low in the list of priorities. God would certainly not deny Paradise to a child just because he is unbaptised, would he? How could God be so unmerciful? Well then… Baptism can wait. And hey, is it not the child who should decide what he wants to do when he grows up? Why impose a Baptism on him?

I could make many other examples, but I think these two are obvious enough. They are example of a satanical mercy that helps people to go to hell by willingly and constantly substituting the fear of the Lord for the fluffy feelings so many nowadays call religion.

We must fight against this satanical deception wherever we find it. Which, make no mistake, will likely cost a couple of friends; but then again perhaps they weren't so worthy of having them as friends.

The satanical mercies are the most dangerous, because they are the most subtle. The Year of False Mercy about to begin will be another major Satan's offensive. Let us try to counter it as much as we can.