Did They Have A Good Death? 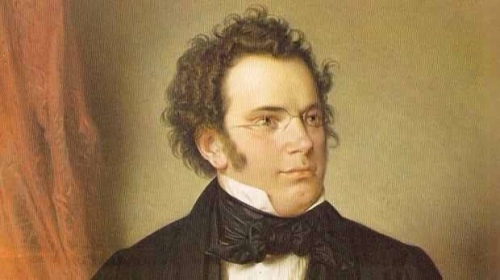 Thanks be to God, he died with the Sacraments...

You often hear on the radio of a certain chap having died in the year so and so, or other references to his departure from this vale of tears. I can never avoid wondering whether the chap in question managed Purgatory, or not. Of some people we know they were solidly Catholic, and can be more than reasonably optimistic for them; particularly when we know that they saw their death coming, and it is improbable that they met it unprepared. For many others – and I mean here the baptised Catholics but the become agnostics, or atheists, or very tepid believers, or very public sinners – we might know that they died with the Sacraments, if this is a matter of public record (Beethoven and Schubert certainly come to mind). But for many others, particularly if they died recently, it is more difficult to know whether they died with the Sacraments, showing that a merciful God did not (very probably) deny them the grace of final repentance. The fact is, that nowadays receiving the Sacrament does not even seem much worthy of public records, whilst in the past it was something of the greatest importance.

We know that the Sun King died with the Sacraments, and Oscar Wilde too. But what about many others, some of them perhaps heroes of yours since early childhood? What about all those less than exemplary Catholics, but still clearly believers, who gave so much beauty to humanity? If they were Catholics, however bad ones, they had access to the Last Rites. Many of them saw their death coming, and would therefore have the possibility to ask for a priest. Did they? Did they die at peace with the Lord? Perhaps they did. Perhaps not.

It would be very good if there were a site collecting original sources concerning the departure of Catholic personalities in the realm of literature, music, or philosophy. Particularly in the case of recent deaths, as the old ones – see the above: W.A. Mozart, Schubert, Beethoven – are more easily recorded, even in the case of unexpected cases. Not a few would be surprised to know that, for example, Voltaire is reported to have died with the Sacraments (oh, the irony!) as it certainly was the case for another Catholic public sinner, Chopin.

You will say to me that there is no total security in that, either, and I would agree with you. But as the degree of security must be quite high for most people – you may think, if you are extremely cynical, that Voltaire might have wanted to mock the Church to the end; but you would not think this of, say, Chopin – it would be good to have sources focusing on the circumstances of the death of the thousands of notable Catholics – particularly those of questionable orthodoxy – all in the same place. For some bitter disappointment – one can read disturbing things about Elgar, for example; albeit Catholic propaganda might have its ugly beak in that – one could have many more joys and consolations.

If anyone knows of such a source, I would be grateful for a link. With a strong preference for sites reporting credible and verified sources rather than just saying what people seem to think.

And as you are there, please consider, in your charity, saying a prayer or three for Schubert and Beethoven; who, whatever their shortcomings, gave us such wonderful music, and wonderful sacred music to boot; and whose purgatory will, I am afraid, not be among the shortest.