← In The Bleak Midwinter
The First Nowell → 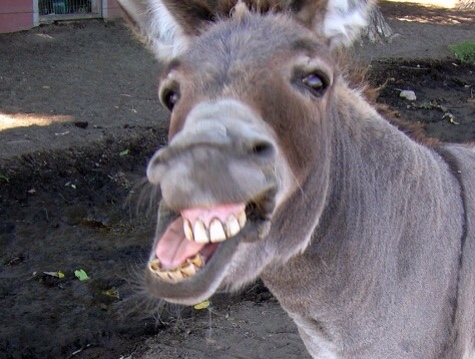 Hey, it's my church!

The obscenity of the last episode of Francismadness, on these pages called “Condomgate”, requires at least an attempt at explanation: how can a man, and a Pope of all people, be so insanely arrogant as to go around spouting heretical madness in ever bigger doses?

My analysis is simple, but I think reality is often explained in simple term.

Francis started his disgraceful pontificate on a roll. The mass media loved him as a form of new entertainment, and milked this particular Argentinian cow for all it was worth. With the time the novelty wore out, and Francis saw himself treated more and more as useful background liberal noise than as the new Apostle of Humbleness. At the same time, the reaction of the Catholic world began to take shape.

A first Synod failed to make of this Pope the Great Revolutionary. He reacted angrily, but thought he would get everyone aligned in the second. He also embarked in an environ-mental crusade, again designed to show the symphaty for secular issues of a deeply secular man. An astonishingly stupid Encyclical followed. The Catholic world laughed at him very publicly. The Encyclical probably marks the points where the thinking part of the Catholic masses realised they had a huge problem.

Francis made a second attempt with the 2015 Synod. He failed again, and this time his rage was barely contained. He has since reacted with a series of angry statements against everything and everyone Catholic, even as the most acidic, petulant bully in recent Papal history launched the “year of (false) mercy”. The criticism to Catholics clearly backfired, but Francis was more angered still. He reacted with even more poison, now in a shameless, open fight against his enemies: Catholics and Catholicism.

The man sees the game going out of his control, and the only way he can react is by spinning out of control himself. He has become a Mark Shea on steroids, but Shea at least represents only himself. And it's not working, it's not working! But the man is too arrogant to see that he is digging his own grave and covering his papacy in bovine excrements for all centuries to come. Too arrogant, too ignorant, too boorish, too obviously incompetent, and too obviously stupid is this lewd old man. He just doesn't get it. This is why he keeps digging an even bigger hole, with an angry old man inside.

His own bishops and cardinals gently, but unmistakeably warn him of the consequences of going too far, and have letters of warning leaked for all the world to see. Cahiers de doléances go around the Vatican, and at least their existence is also leaked. Vaticanists tweet sources high in the Vatican defining him a grave danger for the Faith. What kind of stern warnings he received in private from his own people we can only imagine. They must have been very credible, then this one here is such a megalomaniac idiot, that without a credible threat he could proclaim himself the Second Christ. Hey, he is already at “my Church”. Stupid beyond belief.

Francis is now like a South American dictator reacting to high inflation with more money printing, and to economic crisis with more populism. He knows his own Cardinals and Bishops can stop him, not in his daily rants perhaps, but certainly in the worst of his revolutionary plans. He will go down in history as the biggest potty mouth the papacy ever had, and possibly the lightest brain. The man is angry, and frustrated. He reacts like a stupid bully would: more insults, and more attacks. More ridicule follows, and then more attacks. This is the dynamics we see at play now. Can't wait for the bouncer language in front of the cameras.

Intelligent men would understand the scale of the trouble and adapt to the circumstances; accepting, albeit obtorto collo, that the Great FrancisRevolution is just not going to happen, and living with it as reasonable, if evil, people do. But Francis is not intelligent, and if he had been he would not have come to this point in the first place. He is a South American dictator angry at the army for abandoning him, and too stupid to seek accommodation. He is a stupid old ass kicking around in rage, because no sane person wants to listen to his braying. And he has lost face now, it is difficult to think how he can ever repair his image of secular, proto-communist, vulgar, envious, godless, stupid, angry nutcase.

Never did we have a Pope like this one. Thank God, with his antics he now loses supporters every day.

Will he understand? At this point, I doubt.

What are Catholics to do?

They must constantly encourage the Catholic hierarchy to publicly rebuke this man, put his heresies to shame and invite him to resign.

The cry for Francis' resignation should rise from countless blogs, and become matter of common knowledge. When the mass media pick it up, Francis' papacy will be six feet under whether he really resigns or not.

The man should be made to go. He must be shamed so insistently and so publicly that an orderly retreat in some faggot-plagued Jesuit seminary – provided they still exist; the seminaries, I mean, of course the Jesuit faggots do – appears the better alternative to clinging to a papacy in shame, waiting to die as the Catholic world mocks him.

Start drumming, and keep drumming. The man has to go. At some point, the drumming will become deafening, and this papacy will be torn to shreds. This obscene circus has gone on for long enough, and it is now time for orthodox Catholics to stand up and ask from their clergy that they do what is in their power to put an end to it.