The “Path Of Synodality” Reblog

The “Path Of Synodality” Reblog 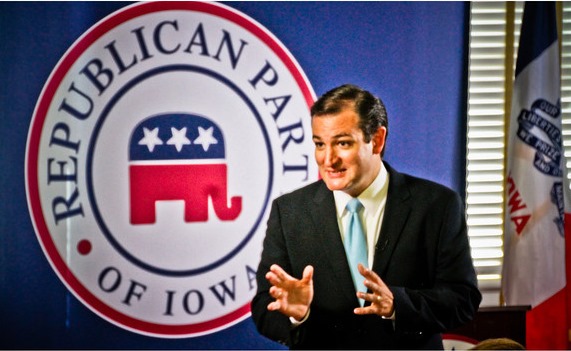 “Let me first of all say: to God be the glory”

You never, ever hear such statements in European politics. To the vast majority of them God is an embarrassment, and those few who think the other way refrain from such open statements of allegiance. Ted Cruz does not refrain, and he seems not to care in the least that he will be soon be portrayed as the devil (a devil they don’t like; the real one they do like) by the libtard dominated media.

It is worth mentioning that the incipit of Cruz’ speech was edited in other mainstream US media, and I had to watch the proto-communist “Guardian” to find it unedited. I don’t buy the editorial necessity of cutting God away from the victory speech of a very Christian candidate. It goes to show how bad it is when you are afraid of having God mentioned.

This is a great start for Cruz, who went on to get a record victory in a state in which the polls had given him consistently trailing Trump. Here’s hoping that he will limit the damage in secular New Hampshire, and then go on to sweep the delegate-rich South in March and April.

I want to mention (though you might have forgotten altogether) that Jeb Bush still hasn’t retired from the race, and is now defending a solid 3% in the polls. Wasted money. Rick “Bruce Jenner is a woman” Santorum is not even on the radar screen, and at this point he might well even renounce to the announcement that he is suspending the campaign as no one would take notice anyway. Learn the lesson, Ricky boy: Christians want a leader who puts his mouth where his faith is. Start politicking and courting the other side, and you will discover there’s a price to pay. The freshest Republican candidate of 2012 is the biggest idiot of 2016, blinded by ambition the very moment he thought he had a real chance and doomed since.

On the Evil Side, things are happening I (and, I am sure, many others) did not consider possible just a month ago. As I write this we do not even know who has won on the side of the Libtards. A 74 years old, clearly socialist, entirely “protest” candidate is almost robbing Hillary of the victory. The man seems to be a catalyst for the adolescent rage of the stupid, the young, and the professional angry. An old man for the pimple-plagued; but also, it seems, another result of the refusal of the Democratic grassroots to have a candidate imposed on them from above, and who had his path cleared for her so that no electable alternative was available. It turns out the voters chose, in great numbers, the unelectable one. What a dream scenario (albeit a still unrealistic one) if the race were to be Cruz against Sanders, a bit a remake (though Reagan was an incumbent) of the Reagan vs Mondale massacre in 1984.

Talking about the past, let me say that I felt 35 years younger this morning. This reminds me of the winter and summer of 1980, when I was a teenager watching from the other side of the ocean a candidate that, for European standards, seemed just landed from Mars aggressively take on the defeatism, cowardice, and outright incompetence of a stupid libtard elite and go on to a glorious victory in November.

It seems that whenever the United States plunge into a spiral of stupidity, the good Lord helps them (we shall see whether directly in 2016) to get back on their feet and recover sanity after paying the price of their own reckless idiocy. Let’s hope this will be the story of 2016.

To God be the glory, indeed.