Cohabitation Can Be A Marriage, Says Evil Clown 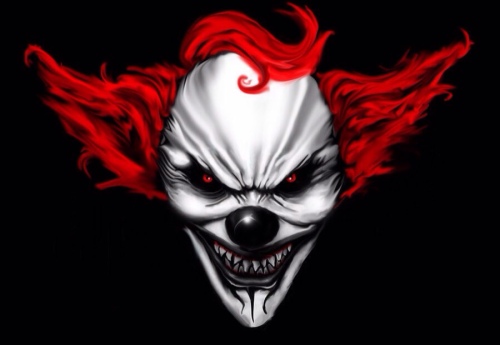 I have seen a lot of cohabitations that were real marriages

This is the other side of the medal. The first part is here.

In his disgraceful off-the-cuff godless madness, Francis did not only say that the great majority of marriages are null. He also said that he is sure that the “faithful” cohabitations he has seen in Argentina are real marriages.

This truly is a bizarro world, in which the married aren't married, but the concubines are, because they are “committed” or “faithful” or whatever.

This man is an atheist. Nothing that the Church believes finds him aligned to it, unless it is in a twisted way that he managed to reconcile with his twisted, socialist, atheist ideology (as when he is against abortion because the unborn baby is “poor”, or “marginalised”). In all the rest, the man is pure Catholicusm-free space.

Not, mind, because he doesn't know better; but because he hates Catholicism and wants you to understand it. He abandons himself in public utterances to a completely secular ideology, whilst continually criticising the Catholic one. It isn't a coincidence. It's what he thinks, and what he wants to do.

Most marriages aren't such. Let us allow mass annulments. Many adulterers are “married”. Let us allow them to go to confession and receive communion. Sacraments don't count. Rules don't count. The feeling of the couple for each other is all that counts, it is the way this idiot thinks he can “recognise” a marriage in a cohabitation.

Please, Lord, free us from this scourge!