Yes, The Church Must Apologise To Homosexuals 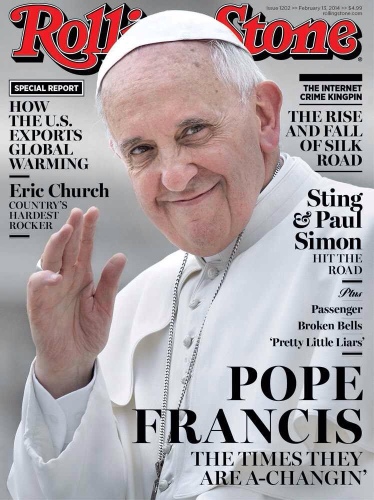 I apologise for this idiot.

I would like to intervene in one of the last two or three controversies ignited by the Evil Clown (I think we also have the “Luther was right” in the meantime. Satan is strong in this one…) and agree with Pope Dope at least in this, that the Church should apologise to perverts.

She should apologise for the homosexual priests who have perverted the teaching of the Church as they tried (and still try) not only to confuse the faithful, but to find candidates to satisfy their perverted lust.

She should apologise for the weakness of not calling homosexuality a grave depravity nearly as often as she should, and for falling back to sensitive language like “intrinsically disordered”, which does not convey the idea of impending hell nearly as good as “perverted”.

She should apologise for a culture of “niceness” that is the most cruel, most uncharitable approach in the face of souls in danger of hell.

She should apologise for Pope Francis, a godless, entirely secular hater of the Church who does not care for their salvation because he does not even believe in his own (or else is a closet Satanist; at this point, no one would be surprised).

Yes, the Church should apologise to homos. She is allowing them to go to hell (and, unless they repent of their sins of sodomy, to hell they will go, as there is no invincible ignorance of natural law) just in order to look good with the enemies of Christ, even as a lewd buffoon leads, unwittingly or not, Satan's charge.

Mind: everyone who sends himself to hell has no right to be excused because the Church has left him alone. But this does not make the stain on the earthly Church smaller. Actually, it makes it bigger.