Meet The Religion Of Evil And War

Soon to be introduced: “Islamic barbie”, with head that can be chopped away and reinserted at will for the little girls to practice.

Follow the link to the little girl spouting Islamic hate and… beheading a doll.

You know this is not “madness”. You know these people aren’t “disturbed”, though certainly they are disturbing.

They are devout Muslims, following with great orthodoxy the teaching of their religion; zealous enough not only to give their lives for it, but to instill the same hatred in their little children, girls not excepted.

It is high time to recognise that these here are the zealous Muslims. These are are the ones who take their religion seriously.

A peaceful Muslim isn’t such because Islam is a religion of peace. He is such because he is a bad Muslim.  And religion having the potential to become the most powerful motivating factor in the life of the people, there is no saying how many of these bad Muslims will become devout Muslims one day, and how many of their children and nephews.

Religion is a life-changing force. There is no saying who will blow himself in the air in three years time, who is only interested in football, stock exchange and bicycling today. Every ever so tepid Muslim (millions of those in the UK, and out of personal experience most of them not more, or even less serious about their religion than our non-practising Catholics are about theirs) carries in himself the germs of an extremely destructive disease. It’s incubating now, but it could explode one day, or be transmitted down the line.

It is astonishing how all over the world countless zealous, devout Muslims show with their lives how a devout Muslim acts, and we insist in telling them what their religion is supposed to say and be.

This is the blind leading the blind.

It may well end in the beheading of a lot of blind.

Reaping What One Sows 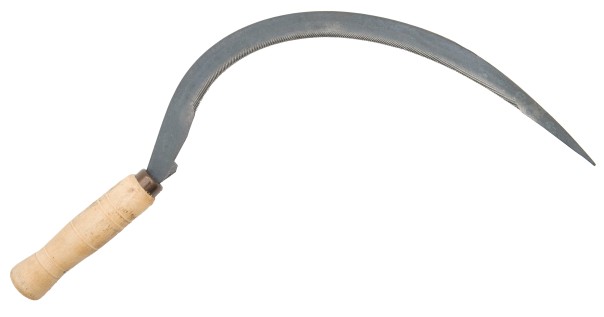 A time for reaping.

France is having a number of summer festivals cancelled. The decision is taken by the relevant mayor, but Paris has made clear there should be no hesitation whenever there is a security concern/not enough police. Clearly, not many mayors will be willing to take responsibility.

One notices here the different approach to England. In England, days after the bombs of the 7th July 2005 there was a mass gathering (it had to do with the Queen, if memory serves) that saw millions on the streets. The message was clear: “we shall not be intimidated”. Meanwhile, newspaper enjoyed the macabre, but necessary game of the statistical probability of being killed by a terrorist on the underground. As a foreigner, it gave me a very clear message about why some people build Empires, and other don’t.

The French are sending a message that is just as clear: “we shall be intimidated”.  Even if one suspects that the French government issues such guidelines both for fear of criticism in case of further attacks and in order to facilitate a tightening of screws on security , it remains clear the French at large can be far more easily intimidated than the Brits.

Good, says yours truly. Enjoy the fruits of decades of madness. Savour multiculturalism. Appreciate the vast spectrum of cultural behaviour you insisted to import in your once fairly solidly Catholic Country.

When not only Christians, but the average Frenchie (who apparently isn’t) becomes seriously angered at the advance of Islam in his Country, things will begin to change.